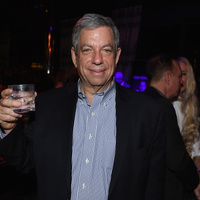 Mitchell Modell net worth: Mitchell Modell is an American business executive who has a net worth of $20 million dollars. Mitchell Modell is the Chief Executive Officer and President of Henry Modell & Company and of Modell's Sporting Goods. The company has been in the Modell family since Morris Modell, Mitchell Modell's great-grandfather, founded the business in 1889. It currently has 140 retail locations spread out from Washington, D.C., to New Hampshire. Mitchell Modell became more widely recognized, when he was featured on an episode of the CBS reality series, "Undercover Boss". The episode originally aired just days after Hurricane Sandy, meaning that much of the northeast where his company operates, was unable to see the show. It was re-aired in 2013. His appearance was notable, as his participation in the program led to large-scale changes in customer service practices, as well as personnel shifts. He has also lost nearly 60 pounds since the episode aired, as his weight got in the way of his ability to perform some of his work-related responsibilities.