Miloud Chaabi net worth: Miloud Chaabi is a businessman who has a net worth is $1.3 billion which makes him the richest person in Morocco. Born near Essaouira in the western part of Morocco, Miloud Chaabi began working as a farmer and goat herder while in his early teens. He eventually saved up enough money to move to Kenitra. He launched his first construction company, Ynna Holdings, in the late 40s. He grew Ynna Holdings from a construction firm into the ownership firm of hotels, supermarkets, and renewable energy, among other holdings. He owns the Riad Mogador hotel chain and the Aswak Assalam chain of supermarkets. He is widely recognized for both his charitable and political work and donated 10% of his wealth to the establishment of Morocco's first American university. He also runs one of Morocco's most prolific charity groups, the Miloud Chaabi Foundation. He became a part of the Moroccan House of Representatives in 2002, and represented the city of Al-Suwaira in Parliament in 2007. He also marched to Parliament with protestors against corruption in politics and business in 2011. 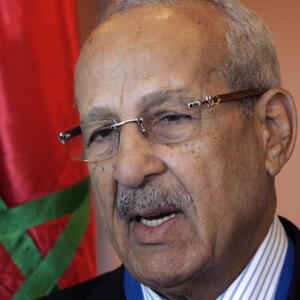