Michael Wirth net worth: Michael Wirth is an American businessman and executive who has a net worth of $50 million. He is perhaps best known for being the chairman and CEO of Chevron Corporation. In a typical year Michael earns around $20 million in total compensation. His base salary is $1.6 million. As of January 2020, he owned 32,000 shares of Chevron.

Michael Wirth was born in 1960. He graduated from the University of Colorado Boulder and was elected to become the chairman of the board and the Chief Executive Officer of the Chevron Corporation in 2017 and assumed the roles in 2018. He previously served as vice chairman of the board in 2017 and as executive vice president of Midstream & Development for Chevron Corporation from 2016 to 2018. Michael Wirth served as the executive vice president of Downstream & Chemicals from 2006 to 2015 after being the president of Global Supply and Trading from 2003 to 2006. He was named the president of Marketing for Chevron's Asia, Middle East, and Africa business in 2001. Wirth has also been on the board of directors for GS Caltex Corporation and Caltex Australia Limited and has served on boards for Catalyst, the American Petroleum Institute, and the International Business Council of the World Economic Forum. 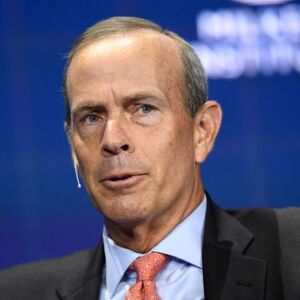