What Is Michael Rubin's Net Worth?

Michael Rubin is an American businessman, entrepreneur, and philanthropist who has a net worth of $10 billion. Michael Rubin earned his fortune as the founder and CEO of Fanatics, an online company that sells sportswear and sports equipment. He is also the executive chairman of the Rue Gilt Groupe, which includes the online retailers Gilt.com, RueLaLa.com, and ShopPremiumOutlets.com.

Rubin became a partner of the basketball team the Philadelphia 76ers in 2011 and the hockey team the New Jersey Devils in 2013. He announced his intention to sell both stakes in 2022 on the heels of the announcement that Fanatics would pursue greater sports gambling ambitions.

In 2019, Michael established the criminal justice reform organization REFORM Alliance with Meek Mill, Jay-Z, Robert F. Smith, and several others to "transform probation and parole by changing laws, systems and culture to create real pathways to work and wellbeing." He also launched the "All In Challenge," in which celebrities, companies, and influencers donated experiences or possessions to raise "tens of millions of dollars to feed those in need" during the COVID-19 pandemic. In 2010, Rubin appeared on the CBS series "Undercover Boss" and worked undercover in the GSI Commerce call center and warehouse.

Michael Rubin was born Michael G. Rubin on July 21, 1972. He grew up in a Jewish household in Lafayette Hill, Pennsylvania, with mother Paulette (a psychiatrist) and father Ken (a veterinarian). At the age of 12, Michael launched a ski-tuning business in his parents' basement. Two years later, he used $2,500 he received at his bar mitzvah to open Mike's Ski and Sport in Conshohocken, Pennsylvania, with his father's signature on the lease. By the time Rubin was 16, he had incurred $120,000 in debt, and he settled with creditors with the help of a $37,000 loan from Ken. In order to get the money from his father, Michael had to agree to go to college, and he spent one semester at Villanova University. By the time he enrolled at Villanova University, his business had grown from one ski shop to five. Rubin dropped out of college after he bought $200,000 worth of sports overstock equipment that had been deeply discounted and made a $75,000 profit when he resold it.

Rubin sold his ski shops and launched KPR Sports, a closeout company that sold athletic equipment. In 1993, Michael turned 21 and KPR Sports made its first million in yearly sales. By 1995, sales were up to $50 million. In the mid-1990s, Rubin bought 40% of Rykä, a women's athletic shoe manufacturer, and in 1998, he formed a logistics and apparel company called Global Sports Incorporated, which later turned into the e-commerce company GSI Commerce. In 2011, Michael sold the company to eBay for a whopping $2.4 billion, but eBay was only interested in the order fulfillment business so it could better compete with Amazon, and Rubin was able to buy back GSI's consumer businesses for a low price. He repurchased the sports merchandiser Fanatics, Inc., the retail benefits program Shop Runner, and the flash seller Rue La La. Michael is Fanatics' CEO, and he serves on Rue La La's board as an executive chairman. He sold ShopRunner to FedEx for $228 million in 2020. He has arranged Fanatics partnership deals with over 300 teams, sports, and professional leagues that put Fanatics in charge of designing, manufacturing, and distributing Nike gear for Major League Baseball and the  National Football League. Near the beginning of the COVID-19 pandemic, Rubin ceased production of MLB uniforms at a Fanatics manufacturing plant and began manufacturing PPE and hospital gowns instead. In August 2020, the company's valuation rose to $6.2 billion after he raised $350 million in Series E funding, and he secured $645 million in funding in 2021, which brought Fanatics' valuation up to $18 billion. 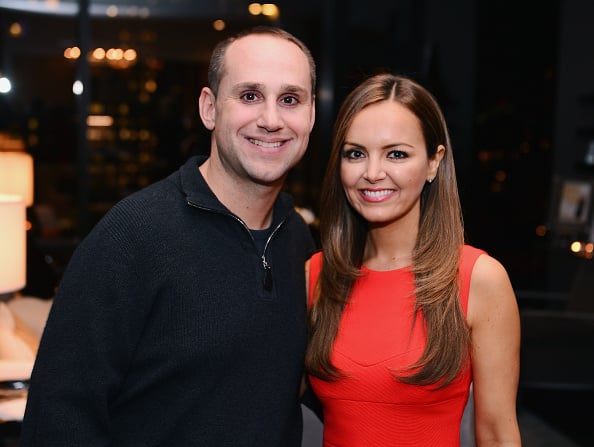 Rubin is friends with rapper Meek Mill and wrote a letter to a judge to try to keep Mills out of prison after he was arrested for violating his probation. Mills received a sentence of two to four years in prison in November 2017, but he was released in April 2018.

In 2011, the Network for Teaching Entrepreneurship (NFTE) honored Rubin at its Philadelphia Visionary Gala because he represented "the true spirit and determination of an entrepreneur." That year, "Forbes" included Michael on its "20 Most Powerful CEOs 40 and Under" list, and in 2018, he was featured on Bleacher Report's "Power 50" list. From 2015 to 2019, "Sports Business Journal" included him on its "Top 50 Most Influential People in Sports Business" list every year, and the publication named him "Most Influential Person in Sports Business" in 2021 and "Sports Executive of the Year" in 2022.

In early 2021, Michael purchased an 8,000+ square foot, seven-bedroom mansion in the Hamptons for $50 million, $25 million less than the original asking price.

In September 2022 Michael paid $70 million for a home in the Hollywood Hills of Los Angeles that decades earlier was home to Ronald and Nancy Reagan. 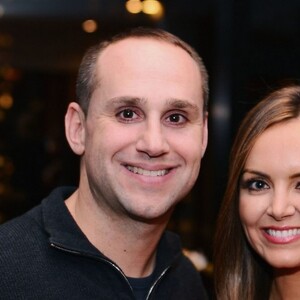