Michael Rapino net worth and salary: Michael Rapino is an American businessman who has a net worth of $120 million. Michael Rapino is best known for being the Chief Executive Officer and President of Live Nation Entertainment, Inc. which is a top production company for live concerts and shows. From 2004 to 2005 he served as the CEO and President of Global Music for Clear Channel Music Group, Inc. He has worked for Live Nation in a number of capacities including CEO and President of their International Music division, Executive in Marketing services, and as a Director. Michael Rapino worked at Labatt's Breweries of Canada in marketing and entertainment for 10 years. He also worked at Sirius XM Holdings Inc. and Ticketmaster Entertainment LLC after earning his degree from Lakehead University in 1989.

Live Nation was founded by Robert Sillerman in 1996 and in 2017 has a revenue of more than $10 billion and an operating income of more than $90 million. In 2017, Michael Rapino earned over $70 million in total compensation. He has been married to actress Jolene Blalock since 2003. They met after Michael hired her to appear in a beer commercial. Jolene actually proposed to Michael and today they have three children together.

Michael Rapino Live Nation Salary: Michael has served as CEO of Live Nation since 2005. In 2017 he received $70 million in total compensation, the majority of which was in the form of a bonus. Also in 2017, Michael signed a 5-year contract that guarantees him a base salary of $9 million per year.

Michael Rapino and Jolene Blalock Real Estate: In 2003, right around the time they married, Michael spent $2.8 million on a home in Los Angeles. Ten years later they sold the home for a shade over what they spend back in 2003. At the same time in 2013 they spent $14.75 million on a large two-parcel prpoperty in LA's Brentwood neighborhood.  The resulting two-acre compound featured an 11,000 square foot main house and a 2,400 square foot second house. The seller of both lots was a financier named John Rocchio who is the co-founder of a private equity firm called Newstone Capital Partners. Rocchio spent around $11 million to acquire the two parcels in 2006. In March 2018, Jolene and Michael spent $11 million to acquire a fantastic home in Malibu, California through a trust. The 3,300 square foot beachfront property had been listed for $12 million. In total, the Rapino-Blalocks own at least $30 million worth of real estate alone. 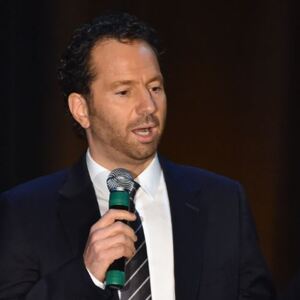