What is Michael Ovitz's Net Worth and Salary?

Michael Ovitz is an American talent agent who has a net worth of $500 million. Ovitz is best-known for being a co-founder of Creative Artists Agency (CAA). He co-founded the firm in 1975 and served as its managing partner and chairman until 1995 when he left for a brief but extremely lucrative stint at Disney that became legendary in its own right.

At his peak, Mike Ovitz was the most-powerful person in Hollywood, overseeing the careers of stars like Tom Cruise, Dustin Hoffman, Bill Murray, Barbra Streisand and more.

Michael Ovitz was born December 14, 1946 in Chicago, Illinois. His family eventually moved to Encino, Ca, in the suburbs of Los Angeles. While studying at UCLA he worked as a part-time tour guide at Universal Studios. After graduating Mike landed a job in the mail room at the William Morris Agency.

They borrowed $21,000 from a bank, rented a small office and began conducting business on card tables and rented chairs. Their wives took turns as agency receptionist.

Under Orvitz' direction, CAA quickly grew from a start-up organization to the world's leading talent agency, expanding from television into film, investment banking and even advertising.

Ovitz was known for assembling "package deals", wherein CAA would utilize its talent base to provide directors, actors and screenwriters to a studio, thus shifting the negotiating leverage from the studios to the talent.

During his time at CAA Ovitz served as talent agent to such Hollywood heavy-hitters as Tom Cruise, Dustin Hoffman, Kevin Costner, Michael Douglas, Bill Murray, Sylvester Stallone and Barbra Streisand, as well as directors Steven Spielberg, Barry Levinson, and Sydney Pollack. He also provided corporate consulting services, helping negotiate several major international business mergers and deals including Matsushita's acquisition of MCA/Universal, the financial rescue of MGM/United Artists, and Sony's acquisition of Columbia Pictures. His signing of Coca-Cola as a CAA client – which led to the ubiquitous "Always Coca Cola" campaign – had a significant impact on the advertising industry.

Ovitz now acts as a private investor who has informally advised the careers of such notables as Martin Scorsese, David Letterman and Tom Clancy. 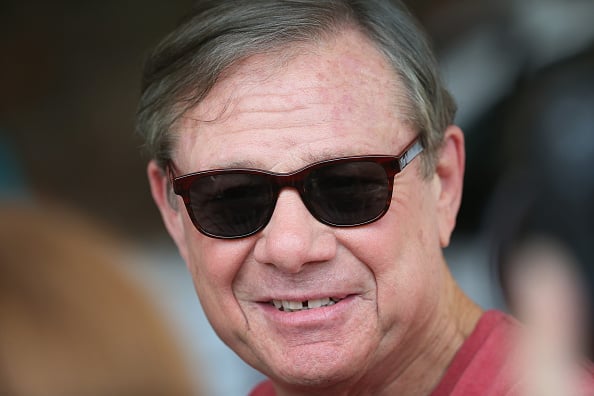 Mike had been itching for another job in entertainment for several years. He noticed how the heads of studios like Terry Semel had cushy jobs where they would travel the globe casually reading a script or two on the way, whereas he was up at 5am every day and on the phone until midnight every night, 6-7 days a week. Furthermore, his studio-head contemporaries were earning hundreds of millions of dollars from lucrative stock options, whereas his private partnership was a grind with no light at the end of the tunnel.

Mike initially thought he was going to be made the head of studio MCA, which had recently been acquired by Seagram's heir Edgar Bronfman, Jr. – Mike actually advised Bronfman during his acquisition process.

Mike requested 5% of MCA stock to become the studio head. Bronfman and his family had just acquired the company for $6.6 billion, so asking for 5% was equal to asking for $330 million. Mike believed that CAA was worth around $350 million at that point and as the primary equity holder, he was leaving a large amount of money on the table potentially.

In the end the Bronfmans rejected the offer and actually ended up hiring Mike's CAA co-founder Ron Meyer to take the job. It would be the end of their relationship forever. Interestingly, Meyer would go on to run MCA for more than two decades.

Ovitz officially left CAA in 1995 to take a job as the #2 person at Disney. Mike initially thought he would soon become CEO of Disney, taking over for Michael Eisner who had been experiencing health issues. Eisner ended up essentially not giving up his position in any meaningful way which left Ovitz very frustrated and sandbagged. When he left CAA he gave up $200 million in guaranteed future fees.  To lure him over to Disney, Eisner established a no-fault golden parachute if the position did not work out.

Ovitz left Disney after a little longer over a year. As a parting gift he was paid $138 million ($38 million in cash and $100 million in stock). Disney shareholders sued Eisner and the Disney board for agreeing to such a large package, but that lawsuit was ultimately not successful.

If Michael still holds those original $100 million worth of shares from 1995, today they are likely worth north of $800 million, though he is not listed in corporate filings as a significant shareholder today.

Ovitz now acts as a private investor who has informally advised the careers of such notables as Martin Scorsese, David Letterman and Tom Clancy.

Outside of business, Michael is an active investor and philanthropist. In 1999 he donated $25 million to UCLA's medical center.

He is also one of the world's top art collectors, owning pieces by Jasper Johns, Pablo Picasso, Mark Rothko and Willem de Kooning. His collection is easily worth tens of millions, or perhaps even $100 million+. 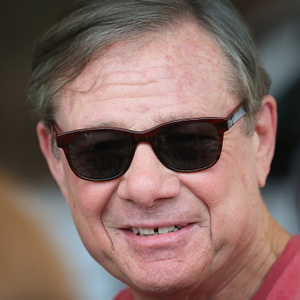