What is Michael Eisner's Net Worth and Salary?

Michael Eisner is an American businessman who has a net worth of $1 billion. Michael Eisner is best known for serving as the Chairman and CEO of the Walt Disney Company for over twenty years. During his time at Disney, from 1984 to 2005, Disney stock rose roughly 2,000%.

Michael has also enjoyed an accomplished business career outside of his time with Disney. He is the current owner and Chairman of Portsmouth F.C., an English soccer team.

Michael Dammann Eisner was born on March 7th of 1942 in Mount Kisco, New York. Raised in an upper-middle-class Jewish household on Park Avenue in Manhattan, Michael watched both of his parents live busy professional lives while growing up. His mother came from a wealthy family and served as president of a specialized hospital, while his father was a lawyer who also worked for the United States Department of Housing and Urban Development.

After graduating from high school, Eisner attended Denison University, graduating in 1964 with a Bachelor of Arts in English. During his college years, he became a member of the Delta Upsilon fraternity.

Michael Eisner's career began in the television industry, and some of his first notable jobs were with networks like NBC and CBS. He then became Programming Director for ABC and quickly climbed the corporate ladder to positions of higher authority and responsibility. By the 70s, Eisner was acting as senior vice president, and he was in charge of programming and development.

Barry Diller, the same man who had initially hired Eisner at ABC, offered him a new position at Paramount Pictures. Michael accepted, and he soon found himself acting as president and CEO of the entire film studio. Some of the most notable films of that era were produced under the guidance of Eisner at Paramount, including "Saturday Night Fever," "Grease," "Raiders of the Lost Ark," and "Beverly Hills Cop." Eisner also played a role in producing TV shows like "Happy Days," "Cheers," and "Family Ties."

After a lengthy tenure, Michael parted ways with Paramount in 1984. Although the plan was for him to slot into a new role at the company as studio chief, Paramount snubbed him and gave the job to someone else. Left with few options, Eisner searched for work opportunities in different companies.

Michael soon realized that The Walt Disney Company was looking for a new CEO and immediately started to put his name forward for the job. During this period, The Walt Disney Company was in dire straits. Its primary shareholders had just spent the past few years defending against multiple takeover attempts, and they saw Eisner as a way to steady the ship. After joining the Disney team, Michael brought in Jeffrey Katezenberg as chairman.

For some reason that was never fully explained, the staff at Disney decided that Eisenberg would be the perfect host for the new show "The Wonderful World of Disney," despite him having absolutely no performing experience in front of a camera. Michael agreed, and he received coaching throughout his role. This made Eisner the true face of Disney from that point onwards, and small children around the world knew his name.

It was during the 80s and 90s that Michael Eisner truly worked his magic on the Disney company. Some of his early successes included "The Little Mermaid," and he also helped Disney create a modernized animation studio. This was later labeled the "Disney Renaissance," and massive hits during this era included "The Beauty and the Beast," "Aladdin," "The Lion King," "Pocahontas," "Hercules," "Mulan," and many others.

Eisner also oversaw a number of notable acquisitions while serving as CEO for Disney. He organized Disney's acquisition of Miramax Films, ABC, ESPN, and The Muppets Franchise. In the early 90s, Michael also outlined an ambitious plan to create a number of new parks throughout the world, including expansions on existing parks. 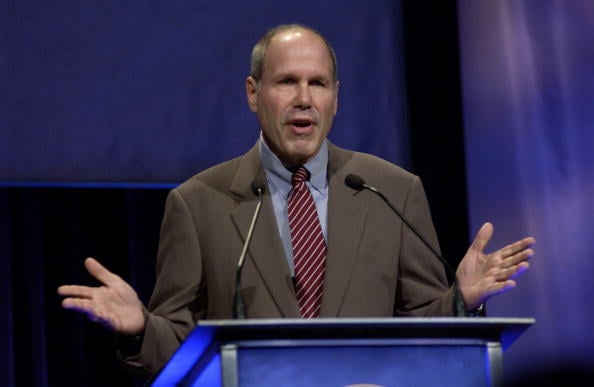 Political tension then arose amidst the Disney Board, especially when Michael's close friend Michael Ovitz was able to walk away with a $38-million severance package and $3 million in stock options after serving as President for just 14 months.

What followed was the "Save Disney" campaign spearheaded by Roy E. Disney, which resulted in Eisner stepping down as CEO. He was replaced by Bob Iger, who was previously serving as Disney's COO. Despite being forcibly removed from the company's hierarchy, Michael remains an honored part of Disney's history, and in 2006 the company named its corporate headquarters in Burbank after him.

Michael Eisner made quite an impact on Disney, having transformed the company from a struggling enterprise into a Fortune 500 global media powerhouse with more than $25 billion in annual sales.

In 1989 when Michael agreed to a new contract with Disney, he was given the right to buy 7 million shares of the company at an extremely cheap strike price. In December 1997, Michael exercised $560 million worth of those Disney options. In 2002, a securities report showed that Michael owned 14 million shares of Disney. At the time those shares were worth $210 million.

In 1993, Michael smashed the record for highest earnings in a single year by a corporate executive at a public company. That year he earned $203.1 million. After adjusting for inflation, that's the same as earning $400 million in today's dollars.

His compensation was a source of anger for Disney shareholders as the company did not perform particularly well in the previous year. In fact, $203 million was equal to 70% of Disney's total profits in 1993.

Although Eisner hosted his own talk show and produced a few films after leaving Disney, his most notable accomplishment was the acquisition and takeover of Portsmouth F.C., an English professional soccer team. When Eisner took over, Portsmouth was on the verge of financial collapse. He reportedly purchased the club for a rock-bottom price of just 5.5 million pounds. To put that in perspective, a single soccer player (Neymar) was purchased for 200 million pounds in 2017 by Paris Saint-Germain – the same year Eisner purchased Portsmouth F.C. As of 2020, Portsmouth F.C. is in League One of the English Football Association (two leagues below the top league).

In 1964, Eisner married Jane Breckenridge, a woman he had met shortly after leaving college. Over the course of their relationship, they have had three children together.

Michael and Jane own hundreds of millions of dollars worth of real estate around the United States.

Bel Air: For several decades, the Eisner's have owned a mansion in Bel Air.  In 2012, Eisner bought his next-door neighbor's home with the goal of consolidating the two properties into one compound. He spent $8.2 million on the neighboring estate, which lies on a 1-acre plot of land.

Malibu: The crown jewel of Michel Eisner's real estate portfolio can be found out in Malibu. The Eisner Malibu estate is one of the most-impressive personal residences in all of California… perhaps the world.  After buying the initial parcel with his wife Jane in the 1990s, the Eisners eventually acquired four more parcels over a number of transactions to create a five acre estate. The bluff-top Malibu compound has a private elevator leading to a small beach called Watkins Cove. The property 16 bedrooms and 28 bathrooms spread over nine structures including a private cabana on the oceanfront level, several guest house structures and 25,000 square-feet of living space. Not only does the pool overlook the ocean, but there's an underground tunnel from the pool portion of the estate leading to a movie theater. The property was designed by world-renowned architect Robert A.M. Stern.

They also own a penthouse apartment on the Upper West Side of New York City and a ranch in Snowmass, Colorado. 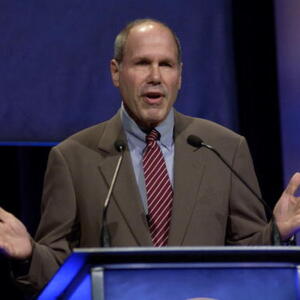