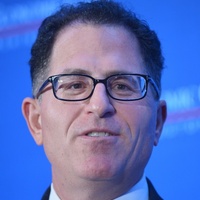 What is Michael Dell's Net Worth and Salary?

Michael Dell is an American business executive and technology entrepreneur who has a net worth of $52 billion. Dell dropped out of college and abandoned his unfinished medical degree to start a computer repair business that would prove to be extremely profitable. This $1,000 venture eventually grew into Dell, Inc. Today Dell is a publicly traded company that generates over $90 billion per year in revenue. Michael owns approximately 50% of Dell as of this writing.

Michael continues to serve as the CEO and Chairman, and Founder of Dell Technologies, which is one of the largest computer infrastructure companies in the world.

Although it's true that Michael Dell is one of the richest people on the planet, his net worth is not necessarily tied to Dell Technologies. Much of Michael's net worth comes from his interest in his closely-held investment company, MSD Capital. Aside from owning a large stake in Dell, MSD Capital also owns interests in real estate, private equity, stocks, bonds, and more. MSD Capital manages $16 billion in assets, of which roughly $12 billion comes from Michael's own personal fortune.

Michael Saul Dell was born on February 23rd of 1965 in Houston, Texas. Raised in a Jewish family, Michael was so eager to get into the world of business that he took a high school equivalency exam at the age of eight. His hobbies as a teen included investing in stocks and precious metals, using the money he had earned from part-time jobs. Some of Michael's earliest experiences with computers included the purchase of a calculator at the age of seven and seeing an early teletype terminal during his high school years.

By the age of 15, he had purchased his first computer after years of playing with them at the local Radio Shack. It was an Apple II – and Dell quickly disassembled the entire computer to understand how it worked. During his teen years, Michael earned money by working as a dishwasher and selling subscriptions to the local newspaper.

Although Michael was clearly passionate about computers and business, his parents wanted him to become a doctor. Acquiescing to their wishes, Dell agreed to enter pre-med at the University of Texas in 1983. During his summer, he continued to sell subscriptions to the "Houston Post." Eventually, he was earning $200,000 per year just from this early business opportunity. Understandably, Michael dropped out of college at the age of 19 to fully focus on an entrepreneurial career.


Michael Dell continued to mess around with computers during his college years, and he eventually started selling upgrade kits for personal computers. In 1984, he registered his company as "PC's Limited." After strong sales, Michael incorporated his company as "Dell Computer Corporation." Dell then relocated the business to Austin and hired a few employees – all with a budget of $1000.

By 1992, the 27-year-old Michael Dell was the youngest CEO of a company ranked in the top 500 corporations. Dell was reporting $1 million in sales per day during this period. In 1998, Michael established MSD Capital L.P. to manage his assets. In 2001, the company became the world's largest PC maker. In 2004, Michael stepped down as the Chairman of Dell, Inc., but he remained the CEO. 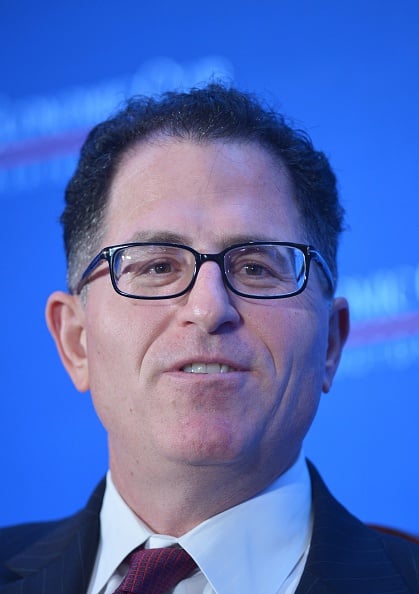 A significant portion of Michael Dell's wealth is invested in real estate. Some of these properties are for investments, while others are for Michael's own personal use. Perhaps his most notable purchase came in 2014, when he acquired a penthouse on Manhattan's Billionaire's Row for just over $100 million. At the time, it was New York's most expensive home. The six-bedroom property spans just under 11,000 square feet, and it occupies the entirety of the 89th and 90th floors on the One57 building in Midtown.

In 2017, he purchased another penthouse in Boston for $40 million. This suite is located in the Four Seasons Private Residences building on Dalton Street. When completed, the tower became Boston's tallest residential building. Another property in Los Cabos, Mexico, is said to be purely for investment purposes, and it was placed on the market for $18.5 million.

In 1996, Michael completed the construction of a 33,000-square-foot home intended for his family in Austin. This home features 8 bedrooms, a home gym, and an indoor lap pool. Dell and his wife own several lots adjacent to this property, which means that the total compound spans about 120 acres. This property became the subject of a legal dispute in 1997, when Michael was handed a $600,000 property tax bill. His home was given an assessed value of $22.5 million – but Dell claimed that he had spent $30 million on renovations alone (something that would have offset his tax bill). 12 miles from his Austin home, Michael owns another interesting property called 6D Ranch, which seems to be dedicated solely to a number of Arabian horses.

After MSD Capital purchased the Four Seasons Maui in 2004, Michael Dell set up shop on the Big Island of Hawaii's Kohala coast with the purchase of another stunning residence. Located in the exclusive community of Kukio, Michael's home and its neighborhood are completely off-limits to anyone who isn't a homeowner. Michael's home in Kukio is of course the largest in the entire neighborhood, with a square footage of 18,500 square feet and seven bedrooms.

Michael Dell is the sole owner of MSD Capital and owns 65% of MSD Partners, which manages more than $16 billion in combined assets. Dell Inc. was taken private for $25 billion in 2003 then taken public again in 2018. Michael owns 50% of the company's outstanding shares. In 2015, he purchased EMC Corp. for $67 billion to form the largest private technology company in the world, Dell Technologies. Dell Technologies generates more than $90 billion in revenue annually.