Maximillion Cooper Net Worth: Maximillion Cooper, AKA Maximillion Fife Alexander Cooper, is an entrepreneur, skateboarder, and race car driver who has a net worth of $60 million. Maximilian Cooper is probably best known for establishing the Gumball 3000, a celebrity motor rally that he created in 1999. Although the Gumball 3000 was initially an underground rally, Cooper successfully expanded it into a collection of companies that include clothing lines and a registered charity.

Outside of his work with the Gumball 3000, Maximilian is known for being a skateboarder and an all-around business entrepreneur. He has also competed as a racecar driver in the past. Cooper's personal life is also something that has helped him gain notoriety. In 2014, he married the rapper Eve. They have attended many racing and charity events together over the years.

Early Life: Maximillion Fife Alexander Cooper was born on July 13th of 1974 in England. He initially started his life as a fashion designer. Cooper studied fashion at Central St. Martin's College of Art and Design.

Gumball 3000: Cooper first established the Gumball 3000 back in 1999. Although the race changes locations over the years, it usually consists of a 3,000-mile rally on public roads – and it often involves London to some extent. From the very beginning, Maximilian intended the Gumball 3000 to be a unique blend of fashion, cars, music, and entertainment.

Most of the time, the rally consists of 120 drivers. These drivers are often celebrities, and past participants have included Lewis Hamilton, Xzibit, Usher, Deadmau5, David Hasselhoff, and Tinie Tempah.

When the first Gumball 3000 was launched by Cooper in 1999, it was essentially just a road trip with friends. Although the rally has evolved considerably over the years, the "road trip" vibe remains a strong component of the event. The rally then evolved into an exclusive event aimed at wealthy individuals, and participants had to bring their own vehicles – plus an entry fee of about $8,700. It is rumored that the Gumball 3000 gets its name from classic races in the 1930s, in which the winning prize was a gumball machine.

The first-ever Gumball 3000 went from London to Rimini, Italy. Cooper made sure to host lavish parties and events every night of the rally, and high-profile celebrities like Kate Moss and Guy Ritchie attended. Media coverage ensured that the Gumball 3000 became well-known around the world. From the very beginning, Cooper was careful not to offer any prizes for first place, and he neglected to even time the contestants. This was to promote safety.

The next few events crisscrossed across Europe, and the Gumball 3000 became even more notorious after participants were filmed in 2000 as part of a TV special for MTV's "Jackass." More celebrities were attracted to the events, although legal issues began to arise with speeding drivers. The fifth event began in San Francisco and ended in Miami. The entrance fee also increased, and in 2007 it was raised to 28,000 pounds per driver.

In 2007, the Gumball 3000 was canceled after two people were killed in Macedonia. However, the event continued the next year in 2008, starting in San Francisco and ending in China at the Beijing Olympics. Over the next few years, the event continued to attract a number of new celebrities, including YouTubers. Today, the entrance fee has risen to over $100,000 per driver. The 2020 Gumball 3000 was postponed because of Covid-19, and it was planned to run from Toronto all the way to Havana. 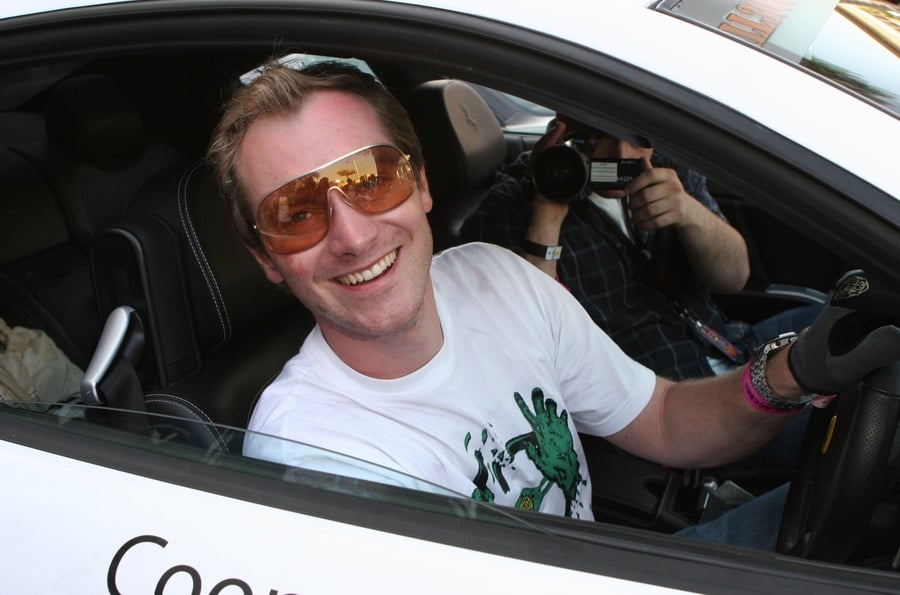 Controversy: In the past, Gumball 3000 has been involved in a number of controversies, which has placed Maximillion in an awkward legal position at times. Several contestants have been pulled over for speeding. Some have had their cars confiscated, and some drivers have even had their licenses suspended. Perhaps the worst incident occurred in 2007, when two innocent bystanders were killed when a speeding Gumball 3000 racer zoomed through public roads in the Republic of Macedonia.

Philanthropy: A large part of the Gumball 3000 involves charity and philanthropic pursuits. Maximillion Cooper established the Gumball 3000 Foundation, a charity organization that helps underprivileged youth across the United Kingdom. The organization focuses mostly on educational and environmental projects. Cooper organizes an auction each year with all proceeds being donated to charity.

Relationships: Maximillion's first wife was Julie Brangstrup, whom he married in 2003. Over the course of their relationship, Brangstrup and Cooper had four children together before divorcing in 2010. Later that year, the rapper Eve participated in the Gumball 3000 after being sponsored by Puma. After Eve and Cooper met, they began dating.

Three years later, Cooper announced on social media that he had proposed to Eve. In 2014, the pair were wed in Ibiza. That year, Eve and Maximillion announced that they were expecting a child together. As of this writing, they are still together. Both spouses have revealed that this is their first time being in an interracial relationship. 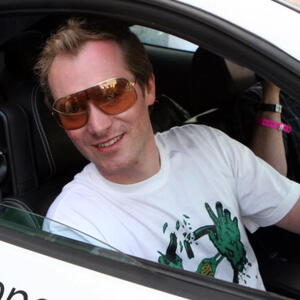