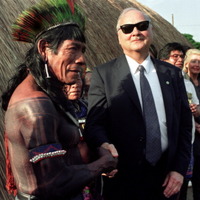 Maurice Strong net worth: Maurice Strong was a Canadian entrepreneur who had a net worth of $100 million. Maurice Strong earned his net worth as an entrepreneur in the Albera Oil Patch and as President of Power Corporation of Canada. He was also the former under-secretary general of the United Nations, and the the Executive Director of the United Nations Environment Program. He was  CEO of Petro-Canada, and was head of the America Water Development Incorporated, and Commissioner of World Commission on Environment and Development. He was also chairman of the Advisory Board for the Institute for Research for security and sustainability for Northeast Asia. He was born in Oak Lake, Manitoba. Maurice Strong died on November 27, 2015.