Matt Mullenweg Net Worth and Salary: Matt Mullenweg is an American online social media entrepreneur and web developer who has a net worth of $400 million. Matthew Charles Mullenweg was born on January 11, 1984 in Houston, Texas. Today he is best-known as the lead developer of the free and open source blogging platform WordPress which is managed by The WordPress Foundation. He is also the founder of Automattic, Inc., the for-profit web development arm of WordPress.com. around 2009 he reportedly turned down a $200 million offer to sell Automattic. As of this writing Automattic has raised $317.3 million over five rounds and its most-recent valuation is $1.2 billion.

Matt Mullenweg studied Political Science at the University of Houston before dropping out to pursue a job at CNET Networks in San Francisco, California. While still at college, Matt and Mike Little created WordPress using b2 codebase. In 2005, he resigned from CNET Networks and went on to found Automattic, which would eventually be the force behind WordPress.com, Akismet, Gravatar, VaultPress, IntenseDebate, Polldaddy, among many web services. Matt is a highly sought-after public speaker who has appeared at a number of notable conferences and events, including Canada's Northern Voice, global WordCamp events, SxSW, BlogWorld Expo, Greek Blogger Camp, Yahoo TechDev Talk, Web 2.0 Submit, YCombinator's Startup School, Le Web etc.

Apart from writing code, Matt Mullenweg also write music and prose. Having attended the High School for the Performing and Visual Arts, he learned to play saxophone and became Dvorak Keyboard user who can type over 120wpm.

In August 2019 Matt announced that Automattic had acquired Tumblr for $3 million. He also announced Automattic was acquiring 200+ Tumblr employees. 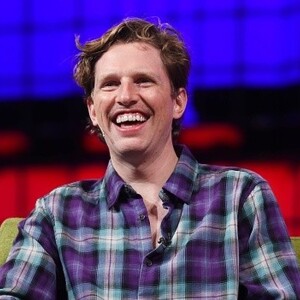