Marvin Ellison net worth and salary: Marvin Ellison is an American businessman who has a net worth of $30 million. He is best known for being the president and CEO of Lowe's. In a given year, Marvin's base salary is $1.45 million. His total compensation typically tops $11-15 million with bonuses, stock awards and other perks.

Marvin Ellison graduated from the University of Memphis and earned his MBA from Emory University. He joined Lowe's in 2018 and served as president and chief executive officer. Ellison was the CEO of J.C. Penney starting in 2015 after he joined the company in 2014. Marvin Ellison worked as an executive at Home Depot from 2002 to 2014. From 1997 to 2002 he worked for Target Corporation. He has also served as independent director of FedEx and H&R Block. In 2016 he was named as one of five African American CEOs on the Fortune 500 greatest leaders list. Ellison was part of a group of executives that met with President Trump in 2017 and stated that he believed a border adjustment tax would make it difficult for J.C. Penney to be profitable. 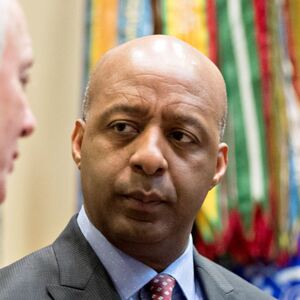