How much is Marvin Davis Worth?

Marvin Davis net worth: Marvin Davis was an American industrialist and philanthropist who had a net worth of $6 billion at the time of his death in 2004. Davis earned his first fortune in oil and then parlayed his wealth into the entertainment industry. He was the chairman of Davis Petroleum and owned many high profile companies including 20th Century Fox, the Beverly Hills Hotel, the Pebble Beach Corporation, and the Aspen Skiing Company.

Marvin Davis was born in Newark, New Jersey in August 1925. His father was a dress maker in New York who pivoted his career to the oil business. After Marvin graduated from New York University he joined his father in the oil exploration business. Marvin was called "Mr. Wildcatter" due to his habit of drilling thousands of wells in areas that had never been explored. As money rolled in, Marvin made large investments in Denver real estate, primarily shopping malls and office complexes.

In 1981, Marvin liquidated most of his oil holdings for $600 million. That's the same as roughly $1.7 billion in today's dollars. Later that same year he and partner bought movie studio 20th Century Fox for $725 million. Just four years later he sold the studio to Rupert Murdoch. The sale earned Marvin personally a $300 million profit. Around this time he began to acquire real estate assets such as the Beverly Hills Hotel, the Aspen Skiing Company and the Pebble Beach corporation which owned the Pebble Beach Golf Links. He sold Pebble Beach in 1990 for $841 million.

Davis was involved in family disputes which involved his daughter Patricia. He helped to find the Carousel of Hope ball which raised money for juvenile diabetes and has a research building named after him at Cedars-Sinai Medical Center in Los Angeles, California. Davis was a big donor for the Democratic Party. Marvin was married to Barbara Levine and the couple had five children and many grandchildren. They purchased a 45,000 square foot house in Beverly Hills called The Knoll from Kenny Rogers. Marvin Davis passed away on September 25, 2004 at 79 years old. 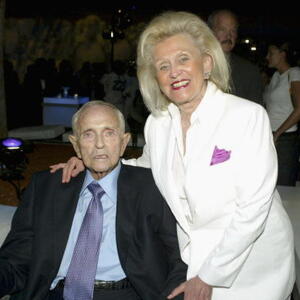