Martine Rothblatt net worth: Martine Rothblatt is an American lawyer, author, and entrepreneur who has a net worth of $380 million. Martine Rothblatt was born in Chicago, Illinois in 1952. She graduated from UCLA with a combined law and MBA degree in 1981. Rothblatt started working in Washington, D.C. in communication satellite law before working on life science projects such as the Human Genome Project.

She represented the television industry before the Federal Communications Commission while working at Covington & Burling. Rothblatt was retained by NASA to obtain FCC approval for the IEEE c-band system as well as by the National Academy of Science's Committee on Radio Frequencies. She led the International Bar Association's biopolitcal project developing a draft Universal Declaration on the Human Genome and Human Rights for the United Nations. She created the PPH Cure Foundation and founded the medical biotechnology company United Therapeutics. She earned her Ph.D. in medical ethics. Martine was the highest-paid female CEO in the United States in 2013 when she earned $38 million. Rothblatt is also the creator of GeoStar and Sirius Radio. She has also authored six books. 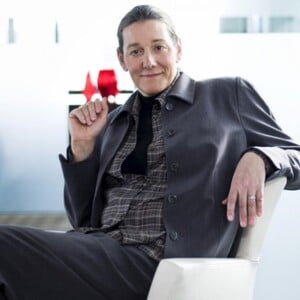