What is Martin Shkreli's net worth?

Martin Shkreli is an Albanian American entrepreneur, hedge fund manager and convicted felon who has a net worth of $0. At his absolute peak, Martin Shkreli had a peak net worth of $70 million. The majority of that net worth, according to Martin's own legal team, came from his stake in the company he launched, Turing Pharmaceuticals.

Shkreli earned infamy, public scorn and the nickname "Pharma Bro" in 2015 thanks his actions while running Turing. That year the company acquired the rights to an HIV treatment drug called Darapri. Prior to Turing's purchase, Daraprim had been accessible and affordable for decades. The price for a single pill of Daraprim before Turing was $13.50. Soon after acquiring the rights, Turing increased the price per pill to $750.

In 2017 Shkreli was charged, arrested and eventually convicted in federal court on two counts of securities fraud and one count of conspiracy to commit securities fraud. The charges were actually not related to his actions with Daraprim.

In March 2018 he was sentenced to seven years in Federal prison. At this point, a judge in his criminal trial ordered him to forfeit $5 million from his ETrade account and $2.36 million worth of other assets including a Pablo Picasso painting and an unreleased Wu-Tang Clan album. After legal defense fees, these were reportedly Martin's full remaining assets.

In January 2022 Martin was banned from working in the pharmaceutical industry for life and ordered to return the $64.6 million in profits he earned from price-gouging Daraprim.

Martin Shkreli was born on March 17, 1983, in Brooklyn, New York. He and his siblings grew up in a working-class family and neighborhood in Brooklyn. Both his parents immigrated to the United States and worked as janitors. Shkreli attended Hunter College High School. He dropped out before his senior year and completed his diploma requirements at the alternative learning high school  City-As-School High School. Shkreli was able to land an internship at Jim Cramer's (of CNBC's Mad Money) Wall Street hedge fund. He was just 17. Shkreli attended Baruch College and graduated with a bachelor's degree in business administration in 2004.

Shkreli's internship was at the hedge fund Cramer, Berkowitz, and Company. While there, he recommended short-selling the stock of a biotech company called Regeneron that was testing a weight-loss drug. Cramer profited when the price of Regeneron dropped as Shkreli predicted. The SEC also took notice and wanted to know how Shkreli could predict that but could not find any evidence that he had any insider knowledge or had taken part in any wrongdoing.  After four years at Cramer Berkowitz as both an intern and an associate, he departed to work as a financial analyst two large investment banks.

In 2006, Shkreli founded his own hedge fund, Elea Capital Management. The following year, Elea was sued in New York State court by Lehman Brothers. According to the lawsuit, Shkreli made the wrong bet and when the stock he shorted rose in value, he didn't have the funds to repay Lehman Brothers. The bank won a $2.3 million judgment against Shkreli in October 2007. However, the bank went under before it could collect on the judgment.

This close call didn't stop Shkreli–far from it. In 2009 he launched MSMB Capital Management. His strategy with MSMB was to short biotech companies and then go into chat rooms devoted to stock trading and talk about the flaws in those biotech companies. Shkreli made another very bad bet. He sold short 32 million shares of a biotech company the day after the company's stock price dropped. Shkreli did this deal through Merrill Lynch. The stock price recovered Shkreli could not cover the position, Merrill Lynch lost $7 million on this trade. MSMB Capital was basically wiped out.

In 2011 Shkreli founded a company called Retrophin to make further biotech investments. He again focused on biotech companies, this time the ones that created treatments for rare diseases. Retrophin's board removed Shkreli from the company in the fall of 2014. Retrophin filed a $65 million lawsuit against Shkreli over, among other things the fact that he "committed stock-trading irregularities and other violations of securities rules."

In February 2015 Shkreli founded yet another company, this one he named Turin Pharmaceuticals in February. Shkreli caught the attention of the public in 2015 when he purchased the lifesaving HIV drug Daraprim and subsequently raised the price of the drug from $13.50 a pill to $750 — an increase of more than 5,000%. The price hike quickly cast Shkreli as both a villain and punchline, and earned him the derogatory nickname "Pharma Bro." Prior to Shkreli's purchase of Daraprim, the drug had been accessible and affordable for decades. Daraprim's most prominent use was as an anti-malarial and an antiparasitic, to treat patients with AIDS-related and AIDS-unrelated toxoplasmosis.

Toxoplasmosis is a parasitic disease that can be life-threatening for people with compromised immune systems. According to the suit, Daraprim was widely available and affordable until it was purchased by Shkreli's firm in 2015. Shkreli actively tried to prevent a generic version of this drug coming to market from other firms.

In November 2015, Turing/Shkreli announced that the company would not reduce the list price of Daraprim. Instead, Shkreli hired lobbyists and a crisis PR firm to explain why the price hike was necessary.

In June 2020, shares of Humanigen, a biotech company Shkreli briefly ran, jumped 30% thanks to results from the first human study of its experimental coronavirus drug. 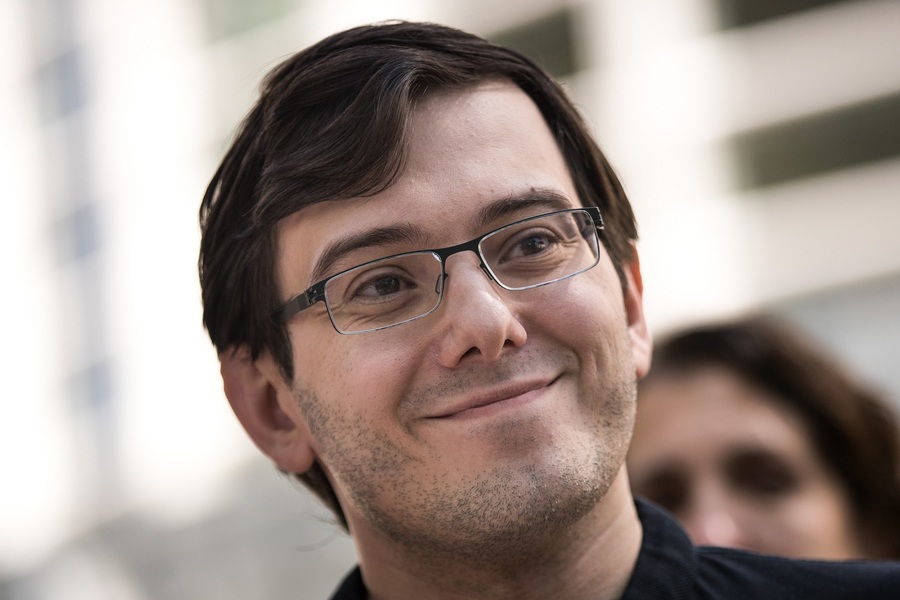 Shkreli was arrested by the FBI after a federal indictment in the U.S. District Court for the Eastern District of New York was filed, charging him with securities fraud on December 17, 2015. He was accused of running a Ponzi-like scheme during his time at MSMB Capital Management and Retrophin. Shkreli claimed that he was targeted by law enforcement for his price hikes of the drug Daraprim. At his 2017 trial, Shkreli argued that none of his investors actually lost money. He had the balls to claim that because some actually turned a profit his actions did not constitute a crime. On August 4, 2017, the trial jury found Shkreli guilty on two counts of securities fraud and one count of conspiracy to commit securities fraud, and not guilty on five other counts.

During Shkreli's trial, Stephen Aselage, the CEO of Retrophin who was hired by Shkreli in October 2012, testified in Brooklyn federal court that he decided to stay on the company's board of directors because he was so impressed with the young entrepreneur. "He's a brilliant intellect, visionary. I had one of my senior managers describe him as the Pied Piper – he tells a story, sings a song, and everyone just wants to follow him," he said as he tried to explain to jurors why he stuck with the company in its early days despite misgivings.

On March 9, 2018, Shkreli was sentenced to seven years in federal prison. Of course, Shkreli appealed the conviction, but, in 2019, an appeals court unanimously upheld the jury verdict. The original judgment remained in effect; Shkreli must continue to serve his 7-year sentence and forfeit more than $7.3 million in assets.

Shkreli offered his followers on Facebook $5,000 to grab a strand of Hillary Clinton's hair during her book tour, which led a federal judge to revoke his bail.

In 2019, the Bureau of Prisons opened an investigation into Shkreli after it was reported that he was running his pharmaceutical company from prison using a cell phone. Federal inmates are prohibited from having cell phones or running businesses. If convicted of having a cell phone, Shkreli would face up to one year of additional prison time or a fine, according to federal law. Other disciplinary options are also possible if he's found to have conducted business behind bars.

In January 2020, New York Attorney General Letitia James filed an additional lawsuit against Shkreli for hiking the price of the life-saving drug Daraprim. The lawsuit alleges that Shkreli's company suppressed competition to protect its exorbitant pricing of  Daraprim, which is the only FDA-approved medication to treat a bacterial infection known as toxoplasmosis. In fact, the suit said that Shkreli had an "elaborate and anticompetitive scheme" that blocked generic versions of Daraprim from being sold. The complaint seeks to end Shkreli's company's contract for the drug, conduct, and offer monetary relief on behalf of victims. The attorney general also wants the courts to ban Shkreli from the industry for life. The lawsuit claims that consumers and other Daraprim buyers most likely would have saved tens of millions of dollars by purchasing generic versions of the drug, which do not exist on the market today. Shkreli's attorney issued a statement saying: "Mr. Shkreli looks forward to defeating this baseless and unprecedented attempt by the FTC to sue an individual for monopolizing a market."

Shkreli was served with a tax warrant for $1.26 million in unpaid taxes by the New York State Department of Taxation and Finance in December 2016.

Shkreli won an auction for the Wu-Tang Clan album Once Upon a Time in Shaolin after the single copy of the album was sold via Paddle8 on November 24, 2015, for $2 million. In October 2016, Shkreli claimed on his Twitter that he would release the album for a free download if Donald Trump won the 2016 U.S. presidential election and would destroy the album if Hillary Clinton won. He shared the intro and one track the day after Trump became the president-elect.

In March 2015, Hunter College High School announced that Shkreli had donated $1,000,000 which was the largest donation in the school's history.

Shkreli has been dubbed the "Pharma Bro" by the media. He's also been called the "Most Hated Man in America."

Shkreli reportedly paid $2 million in late 2015 to purchase a rare album called Once Upon A Time In Shaolin by rap group the Wu-Tang Clan. He later listed the album on eBay. The album sold for $1,025,100.00. However, since Shkreli was in prison before the sale could be completed, the Wu-Tang album was seized alongside Shkreli's other assets.

During the 2016 election, Shkreli donated $2,700 to Bernie Sanders' campaign for president.

In 2016, Shkreli wrote an offer letter to Kanye West to buy his album The Life of Pablo. Shkreli offered $10 million originally and later increased that to $15 million.

In 2017, a judge approved Shkreli's request to travel outside of New York City while he was awaiting sentencing to speak at Harvard University. The Cambridge, Massachusetts institution invited the disgraced pharmaceutical executive to speak on campus. Prior to that, the University of California, Davis invited Shkreli to speak at an event hosted by the school's student Republican Club, although the event was canceled after protesters barricaded the venue's entrance. Shkreli was also allowed to travel to D.C. in Januar 2016 to attend President Trump's inauguration.

In May 2020, Shkreli appealed to the courts, asking to be released from prison so he could work on a coronavirus vaccine. In the court's decision, U.S. District Judge Kiyo Matsumoto sided with probation officials who described Shkreli's aim of developing a coronavirus cure as the type of delusional and narcissistic behavior that got him sentenced to prison for his many crimes in the first place. Shkreli also doesn't meet the terms of a compassionate release as he is not at high risk for COVID-19 and the prison he is serving time in doesn't have a high caseload of positive coronavirus tests. 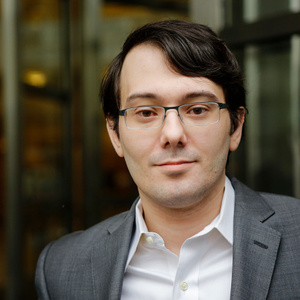