Mark Hurd Net Worth and Salary: Mark Hurd was an American businessman who had a net worth of $150 million at the time of his death in 2019. Hurd was probably best known for acting as the co-CEO for the Oracle Corporation, at the time of Mark's passing, the Oracle Corporation was the second-largest software company in the world. Before taking on his role at the Oracle Corporation, Hurd had acted as the Chairman, CEO, and president of Hewlett-Packard. In addition, Mark was known as an incredibly influential figure within the technology industry, and he was a member of the Technology CEO Council until 2010. After Mark's passing in 2019, various sources claimed that he had died from cancer.

Early Life: Mark Vincent Hurd was born on January 1st of 1957 in Manhattan, New York. Mark was born into an upper-class family, as his mother was a debutante and his father was a financier. After graduating from high school in 1975, Hurd attended Baylor University in Waco, Texas. He was able to attend Baylor due to a tennis scholarship that he obtained during his high school years. While at Baylor, Mark joined a fraternity and studied business administration, eventually graduating with a Bachelor's degree in 1979.

Career: Mark gained employment right out of college with the NCR Corporation, starting in 1980. He began his journey with NCR as a junior salesman. Over the years, he worked his way up the corporate ladder, holding positions in general management, operations, sales, and marketing. He proved especially instrumental to the company's Teradata data-warehousing division, serving as head of this operation for three years.

In 2001, it was announced that Hurd would be the new president of NCR. In 2002, he also took on the role of chief operating officer (COO). By the end of his journey with NCR, had served as the president and CEO of NCR for two years. During his 25 year career at NCR Corporation, his leadership led to successful improvement in operating efficiency. Mark supported the product line and built a strong leadership team. NCR's revenue was up by 7 percent over the previous year in 2004, and net income rose to $290 million.

When HP's CEO Carly Fiorina was forced to resign in 2005, an opening was created for Hurd to step in. After Robert P. Wayman acted as a temporary CEO for a few months, Mark was appointed the permanent CEO and was also given the title of President. That being said, he was elected to the board of directors without being designated as the new chairman. This was something of a rarity in HP's history. However, in 2006 he took this title as well after the controversial resignation of Pat Dunn.

Hurd's leadership was successful. Throughout his tenure, Mark helped HP become the world leader in laptop sales by 2006. A year later, HP was also the world leader in desktop computer sales. In 2008, Hewlett-Packard also dramatically increased its market share in the inkjet and laser printers sales to 46% and 50.5%, respectively. Despite the threat of a recession in 2008, Hurd managed to raise HP's revenue by 63% and double the company's stock price.

Hurd was also praised for helping integrate HP with Compaq. On the negative side, Mark was known to lay off thousands of workers in an effort to save money. During his tenure, he laid off more than 15,000 workers. This represented 10% of HP's entire workforce. Not only that, but he imposed a 5% paycut on all employees during the 2008 while taking away benefits. Somewhat controversially, he accepted a 20% pay cut during this period while simultaneously increasing his bonus by exactly the same amount.

In 2010, Hurd resigned from HP amidst an investigation into a potential violation of the company's sexual harassment policy. Although Mark was cleared of all sexual abuse allegations, the investigation inadvertently revealed that he had submitted inaccurate expense reports. Later, HP expressed regret at having pressured Hurd to resign.

From 2010 to 2019, Mark served as CEO of the Oracle corporation. He initially won the roel of president and was appointed to the board of directors. Although HP then sued Hurd violated agreements intended to protect its secrets, the lawsuit was soon settled when Mark agreed to give up half of all compensation still owed to him by his former company.

One of Hurd's first actions as president of Oracle was to increase its salesforce. He also initiated a program to hire college students and turn them into sales reps. In 2014, Mark became the new co-CEO of Oracle alongside Safra A. Catz. The two CEOs then focused heavily on cloud computing over the next few years, growing this division of the company by 82%. Katz and Hurd also invested over $5 billion into cloud technology research and development. In 2016, both CEOs oversaw acquisitions of various cloud computing companies, representing a long-term focus on an SaaS business model.

In 2019, Mark Hurd announced that he was going on leave for health reasons. He never specified what kind of health concerns he was dealing with. Co-CEO Safra Catz stepped up and took a more central role in managing the company in Hurd's absence. In 2019, Hurd passed away at the age of 62, and various sources reported that the cause of death was cancer. 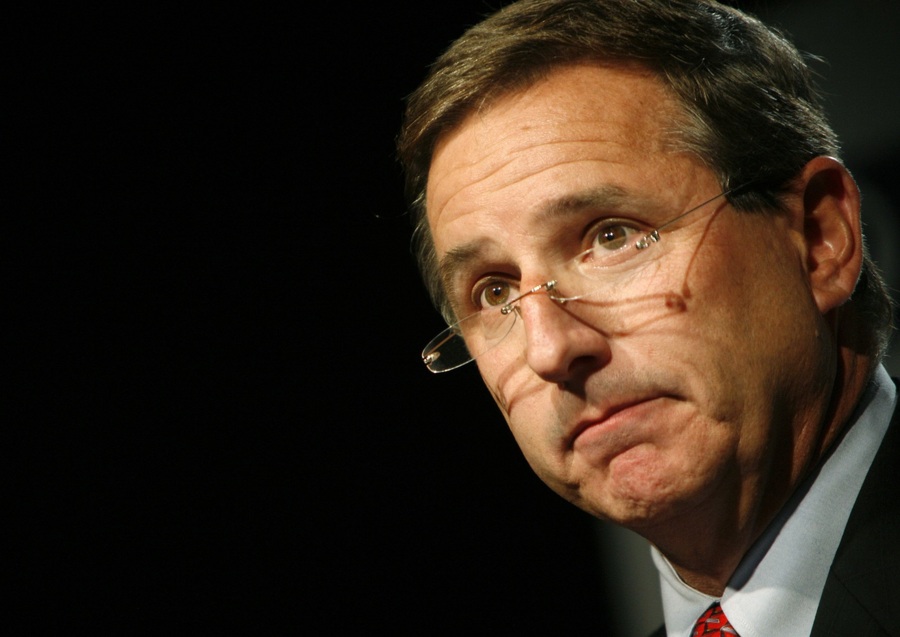 Relationships: Mark Hurd's first wife was Elizabeth A. Butler. The pair were married in 1980, but they ultimately divorced in 1987. Hurd then married Paula Kalupa, and their relationship would continue until his passing in 2019. During their marriage, Hurd and Kalupa had two children together.

Salary: At the time of his passing, Hurd's base salary was around $2.4 million. In any given year, he was known to earn around $40 million from all sources of compensation. In 2018, he earned $108 million from all of his various income sources. In 2008, Hurd's total compensation at HP was almost $40 million. This included a cash bonus of almost $24 million – the largest bonus for any CEO during 2008.

Real Estate: In 2005, Mark and his wife purchased a home in Atherton, California. He spent $7.1 million on the home, and it later increased in value to about $8 million. 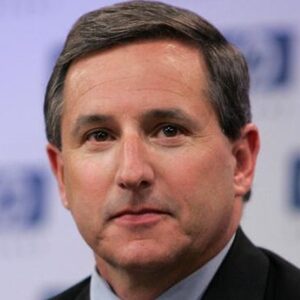