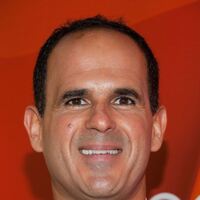 What is Marcus Lemonis' net worth?

Marcus Lemonis is an American businessman and reality television personality who has a net worth of $500 million. He is the chairman and CEO of a plethora of businesses including Camping World and Good Sam Enterprises. He is also the star of the CNBC reality show "The Profit," which is about saving small businesses.

Marcus Lemonis was born on November 16, 1973, in Beirut, Lebanon during that country's civil war. He was given the name Ricardo at birth.  His parents,  Abdallel and Nadia abandoned him at an orphanage four days after his birth. He was adopted when he was eight months old, on July 29, 1974, by Leo and Sophia Lemonis, a couple from Miami, Florida. His adoptive father was Greek and his adoptive mother was Lebanese. Leo and Sophia renamed him, Marcus.

Growing up, his grandfather owned two of the U.S.'s biggest Chevy dealerships and he was exposed to that industry growing up. The legendary Lee Iacocca was a friend to his family and a mentor to Marcus. Lemonis graduated from high school at Miami's Christopher Columbus High School in 1991. He graduated from Milwaukee's Marquette University with a B.A. in political science and minor in criminology in 1995. He moved back to Miami after graduating from college and ran for office as a Democratic member of the Florida House of Representatives. Despite being endorsed by the Miami Herald, he lost to the two-term Republican incumbent by about 15%.

After his unsuccessful run for office, Lemonis went to work for his grandfather's car dealership. AutoNation purchased that dealership in 1997. Lemonis went on to have a number of sales and management positions within AutoNation. Lee Iacocca approached Lemonis at this time and told him that he wanted to "create the largest RV chain." Iacocca had observed that the current business model for selling RVs in the U.S. was not working. Iaccoca helped Lemonis buy Holiday RV Superstores. Lemonis was the CEO of that company from the summer of 2001 until early 2003. Then Lemonis co-founded the company Freedom Roads and started buying up RV dealerships. Lemonis merged Freedom Roads with Camping World in 2006 and became the new company's CEO. While CEO of Camping World, Lemonis struck up a partnership with NASCAR and sponsored John Andretti and his crew. In 2007, Camping World took over sponsorship of the NASCAR East Series for the 2008-2008 season. He rebranded it the NASCAR Camping World Truck Series. Lemonis renewed Camping World's sponsorship until 2022 in 2014.

In 2011, Lemonis merged Camping World with Good Sam Enterprises. Lemonis became the CEO of that company. Camping World made its IPO in October 2016 at $22 a share. This gave the company a $2 billion valuation. On July 29, 2020, shares of Camping World were trading at just under $35. 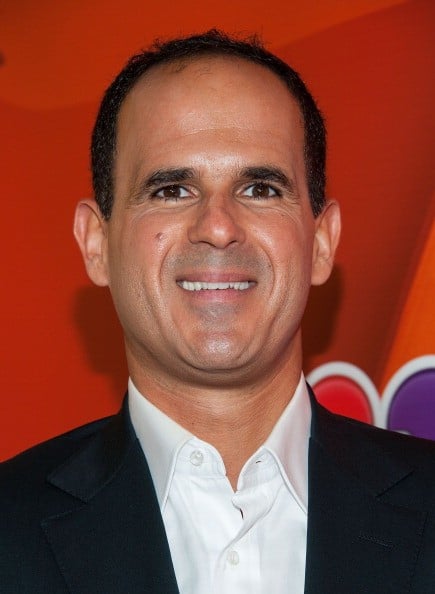 Lemonis appeared on two episodes of "Celebrity Apprentice." He ran marketing challenges for the contestants. He appeared on "Secret Millionaire" in 2012. Then, in 2013, Lemonis became the star of his own CNBC show "The Profit." On "The Profit," Lemonis looks for promising yet troubled small businesses and invests his own money to become part owner while helping the business turn things around. The seventh season of "The Profit" began airing in November 2019.

In 2015, Lemonis was the executive producer of the film "I Really Hate My Ex."

Lemonis co-produced and starred in "The Partner" on CNBC in 2017. On the show, he looked for business managers to help him run the businesses he invested in on his other show, "The Profit."

In 2020, two lawsuits were filed against Marcus Lemonis by his former business partners Nicolas Goureau and Stephanie Menkin. Goureau and Menkin met Lemonis when they appeared on "The Profit." The two men are siblings, and they alleged that Lemonis' investment in their retail business Courage B, was fraudulent. On the show, Lemonis promised to help them grow their business. In reality, he focused on making Goureau and Menkin's company indebted to him to the tune of several hundreds of thousands of dollars so that he could take the company's assets and destroy it. The lawsuit is seeking millions of dollars in damages from Lemonis and his companies.

This is not the first time Lemonis has been accused of targeting other businesses to destroy them. In 2018, Inc. magazine wrote an article called "The Dark Side of Marcus Lemonis." Will Yakowicz, the reported, talked to two dozen business owners who had been on the end of unethical and malicious treatment by Lemonis. One company told Inc." "We asked him to help us with our business, not help himself to our business."

Lemonis has also been accused of setting out to destroy businesses that refuse to be acquired by him.

Lemonis married for the first time in 2003 to businesswoman Ila Penfold. They were together on and off until splitting for good in 2017. During one of the couple's off periods, Lemonis dated The Real Housewives of New York City star and Skinnygirl mogul Bethenny Frankel.

Lemonis married Roberta "Bobbi" Raffel in 2018, about two years after he met her when he acquired a fashion business she owned. The couple planned to marry in Montecito, California, but mudslides waylaid their plans, and instead, they tied the knot at the Hotel Bel-Air in Los Angeles. She is about 20 years older than Lemonis.

The couple splits their time between mansions in Montecito, California and Lake Forest, Illinois.

In 2018, Lemonis purchased a $1.85 million house on an acre and a half that shares a lot line with the property he bought in 2013 for almost $5 million in the Chicago suburb of Lake Forest. In June 2018 he sold a condo on Chicago's Gold Coast for $3.25 million.

In 2017 he paid $6.85 million for a mansion in Montecito, California. After a massive renovation, Lemonis reportedly began seeking buyers of this property in early 2022 for as much as $25 million. Here's a video tour of the home pre-renovation from 2015: