Marc Randolph net worth: Marc Randolph is an American technology entrepreneur, speaker, and advisor who has a net worth of $100 million. He is known for being the co-founder of Netflix. He co-founded the company with current CEO/Chairman Reed Hastings in 1997. Marc served as company President from 1998 to 1999. He served as CEO from 1997 to 1998. He left the company in 2003 a year after its IPO.

According to the company's SEC prospectus, going into the IPO Mark Randolph owned 166,666 company shares as of 2002. Had Mark held on to the same stake he had on the IPO date, his 166,000 shares would have become 2.3 million shares after two stock splits. Those 2.3 million shares would be worth $1 billion today. Marc does not own a significant company stake today, reportedly having sold the majority of his shares soon after leaving the company. As a comparison, at the time of the IPO Reed Hastings owned 500,000 shares. Today, Hastings owns over 10 million shares of Netflix and has a net worth of $6 billion.

Early Life: Marc Randolph was born in Chappaqua, New York on April 29, 1958. His father was a nuclear engineer who became a financial advisor. His mother ran a real estate company. One of his paternal great-granduncles was Sigmund Freud. After graduating from Hamilton College in New York with a degree in Geology, Marc took a job at the Cherry Lane Music Company in the mail-order division. During this time, Marc learned everything one could ever want to know about the direct mail and marketing business. These skills would eventually help inspire a mail-order DVD business.

While at Cherry Lane Marc pioneered the use of computer software in tracking customer orders and buying behavior.

In 1984 he helped launch the United States edition of MacUser magazine. Next he co-founded the computer software mail-order companies MicroWarehouse and MacWarehouse. While working at these companies, Mar saw the value that was generated when customers experienced overnight delivery of their purchase.

All of these skills and experiences would translate directly into the future business plan of Netflix.

Around this time for a four month period, Reed Hastings and Marc Randolph commuted together work from their homes in Santa Cruz, California.

Netflix: There are two origin stories for Netflix, one favored by Reed, the other favored by Randolph. According to Randolph's telling of the story, it was he who first brought up the idea of trying to mail DVDs through the mail. Randolph's version of the story is that he was fascinated by the rise of Amazon and started to brainstorm products other than books that could be sold online and shipped through the mail. Using his experience and knowledge from MicroWarehouse and MacWarehouse he first thought they should start a business that mailed computer software. Then he realized DVDs would soon replace VHS as the standard home-viewing medium. Here's how Marc would later explain the "aha moment" of Netflix"

"Reed and I were in downtown Santa Cruz and we were saying 'I wonder if we can mail one of these things [a DVD]. We went in and bout a music CD and went into one of those stationary stores and bought a greeting card and stuck the CD in the envelope and mailed it to Reed's house. And the next day he said 'It came. Its fine.' If there was an aha moment, that was it."

Reed Hastings' version of the story is slightly different. According to Hastings, he had the idea for Netflix after returning a VHS for "Apollo 13" to Blockbuster six weeks late which resulted in a $40 late fee. According to Hastings, one day during the six weeks when he could not locate the missing cassette, Reed went to his gym to work out. While working out it dawned on him that the gym's model of having a monthly fee was much better than having to pay for something like a movie rental every time you wanted to watch a movie. He realized there should be a service where people could pay a flat rate and rent as many or as few movies as they wanted. As DVD players were becoming more common, his idea of sending movies through the mail became exponentially more viable.

Regardless of how the idea was born, Reed and Randolph co-founded Netflix with on August 29, 1992 in Scotts Valley, California. Marc reportedly came up with the name "Netflix" after the duo considered other names like "TakeOne", "NowShowing" and "NetPix".

Reed kicked in $2.5 million of his own money as startup capital. Randolph's mother was also an early investor.

Tapping all of his previous business experience, Randolph designed a revolutionary system for ordering and rating online movies where all customer feedback was collected and used to make future recommendations. He served as company CEO until 1999 when he ceded the post to Hastings.

Netflix went public in 2002 at an initial offering price of $15 per share. Netflix had a market cap of $300 million after its IPO. After taking into account stock splits, Netflix's IPO price in today's terms was equal to $1.07 per share. In July 2020 Netflix stock crossed $500 for the first time. As of September 2020 the company's market cap is $230 billion.

Blockbuster Offer: Two years before going public, things were not going so well for Netflix. Halfway through the year 2000, with the dotcom bubble bursting, Netflix was on pace to lose $50 million. Desperate, Hastings and Randolph secured a meeting with Blockbuster where they offered to sell their company for $50 million. Blockbuster laughed the duo out of the room. A decade later Blockbuster would be bankrupt. Two decades later Netflix would be the most important entertainment company in the world.

After Netflix: Marc officially left Netflix in 2003. He was demoted from CEO to President a few years earlier by Hastings. According to legend, after botching a promotional pitch with Sony, Hastings forced Randolph to sit through a power point presentation detailing why he was no longer fit to be CEO. As part of the demotion, Marc agreed to give up 650,000 shares of the company.

Today he does not own a significant number of Netflix shares. For comparison, today Reed Hastings owns 2.3% of Netflix and has a net worth of $6.3 billion.

Interestingly, Marc actually agreed with the points made in Hastings' presentation. He just did not appreciate the message being delivered via power point.

Personal Life: Marc and Lorraine Randolph have been married since 1987. In 1997 they paid just under $1 million for a 46-acre estate in Santa Cruz that has its own vineyard. They own an Audi Q7 with the license plate "NTFLX" and a Toyota Tacoma with the plate "NETFLIX".

After leaving Netflix, Marc forged a career as a corporate business coach. He also has served on a number of corporate and philanthropic boards, including on the board of a data analytics firm called Looker Data Sciences which Google acquired in June 2019 for $2.3 billion.

He was also a board member of the environmental advocacy group 1% for the Planet. After he left Netflix he was a board member of Looker Data Sciences and has been involved with High Point University, MiddCORE, and Belk Entrepreneurship Center. He has toured the world speaking about working with Netflix. 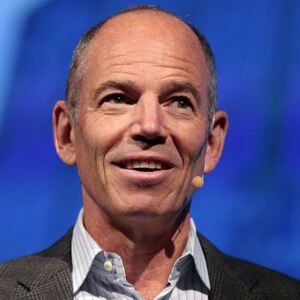