How much is Marc Bell Worth?

Marc Bell Net Worth: Marc Bell is an American entrepreneur, producer, and investor who has a net worth of $500 million dollars. Marc Bell earned his accounting degree from Babson College and later his real estate master's degree from New York University. He worked for several companies before founding investment firm Marc Bell Capital Partners LLC in 2003. Bell was the former CEO for Globix Corporation, which quickly became a Fortune 100 corporate Internet solutions company. He was also CEO of FriendFinder Networks, a company that dealt in social networking and online personal ads. At its peak, the company owned more than 48,000 websites with more than 500 million users. Bell's firm has produced dozens of movies and musicals. In 2006, he won a Tony Award for Best Musical for "Jersey Boys". He earned his second Tony for Best Play for "August: Osage County". His movies include "Beware of the Gonzo", "Sympathy for Delicious", "Barry Munday", and "Hesher" with Natalie Portman in a starring role. Bell's investments include numerous nightclubs and restaurants in New York City. He taught several cases as an adjunct professor at Florida International University and sits on the NYU School of Medicine Board of Trustees. Bell is actively involved in charity, running a foundation that encourages medical research and education with donations to schools and hospitals. The Foundation awards The Bell Scholarship, which absolves graduates of their debt when they graduate and choose public service careers. 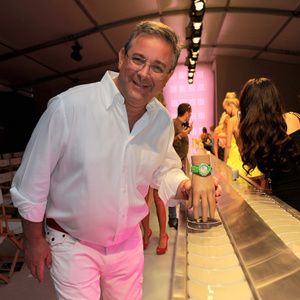