Lyor Cohen Net Worth: Lyor Cohen is an American music industry executive who has a net worth of $150 million dollars. Cohen began his career managing rappers at Rush Productions in the '80s, then he started running Def Jam in the '90s. Lyor left Def Jam in 2004 to take a position as chairman and chief executive of Warner Music Group, and he founded the independent label 300 Entertainment in 2012. In September 2016, he was named YouTube's Global Head of Music, and that month he announced his departure from 300 Entertainment.

Early Life: Lyor Cohen was born on October 3, 1959, in New York City. Cohen's parents were Israeli immigrants, and he was raised in Los Angeles. He attended Marshall High School, and after graduating in 1977, he enrolled at the University of Miami, earning a global marketing and finance degree in 1981. After college, he took a job at Bank Leumi's Beverly Hills office. Lyor's brother is bass guitarist Daniel Shulman.

Career: After promoting shows by Run-DMC and Whodini at Hollywood's The Mix Club, Cohen took a job with Russell Simmons' Rush Productions (later known as Rush Artist Management) in 1984 and moved to New York. Lyor started out as Run-DMC's road manager, then began receiving additional responsibilities, and by 1987, he was signing artists to the label, including DJ Jazzy Jeff & the Fresh Prince, A Tribe Called Quest, and Slick Rick. Cohen brokered endorsement deals for Run-DMC (Adidas and New Coke), Jazzy Jeff & the Fresh Prince (Le Coq Sportif), and LL Cool J (Troop sportswear) and became known for his negotiating skills and "no-nonsense approach to business." Under Lyor's leadership, Rush was seen as rap's "premier management operation" in the late '80s, and around this time, he and Simmons launched Rush Associated Labels, which dealt with Def Jam and its spinoff labels. In 1994, Cohen helped Simmons negotiate Def Jam's move from Sony Music to PolyGram, and by this point, Lyor was running day-to-day operations at Def Jam.

After 1998's PolyGram/Universal merger, Def Jam, Mercury, and Island were merged into The Island Def Jam, and Cohen became co-president of the label, which expanded to include non-rap artists such as Mariah Carey, Bon Jovi, Elvis Costello, and Shania Twain. Lyor was involved in Def Jam's 2001 acquisition of heavy-metal label Roadrunner as well as a deal to distribute music put out by Rick Rubin's American Recordings. In 2004, Cohen left Def Jam for Warner Music Group, where he oversaw the Atlantic/Elektra merger and gave his protégée, Julie Greenwald, one of the top executive positions at Atlantic. He promoted Greenwald to chairman and CEO of Atlantic in 2009, which made her the highest-ranking female executive at a U.S. record company. In 2006, Lyor was involved in a deal between YouTube and Warner that marked "the first time a major record company [had] licensed content to YouTube," and in 2011, he oversaw an agreement with Spotify. He left Warner in September 2012 and launched 300 Entertainment, which was described by "XXL" magazine as "part label, part marketing company, part distributor, with major backing from Google and Atlantic." Cohen left the company in 2016 and took a job as the Global Head of Music at YouTube. 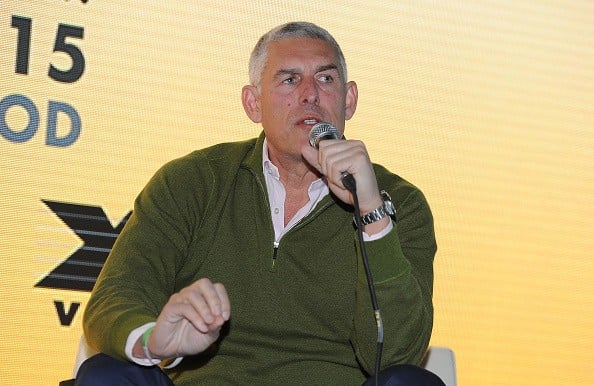 Personal Life: Lyor married model E.K. Smith on April 1, 1988, after meeting her on the set of the Beastie Boys' "(You Gotta) Fight For Your Right (To Party)" video. After their marriage ended, Cohen married his second wife, Amy, in 1990, and they welcomed son Az (born 6/13/1994) and daughter Bea (born 9/2/2001) before divorcing in 2006. Az helped save his father's life when Lyor suffered a pulmonary embolism at Brooklyn's Barclays Center in 2016 while attending N.W.A's Rock and Roll Hall of Fame induction ceremony. In August 2016, Cohen married  model/former basketball player Xin Li, who is the deputy chairman of Christie's Asia. Lyor has served as a Rock and Roll Hall of Fame board member as well as acting director of Boys & Girls Harbor, a New York-based nonprofit organization. 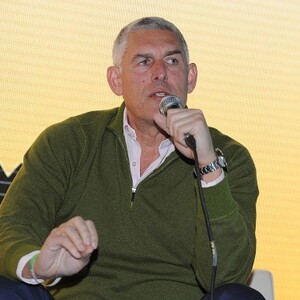