Logan Green net worth: Logan Green is an American businessman and entrepreneur who has a net worth of $750 million. Logan Green is best known for being the co-founder and CEO of on-demand transportation company Lyft. Green and John Zimmer co-founded Lyft in 2012. They previously founded the ride share company Zimride in 2007 which eventually grew into Lyft.

The company is available in all 50 United States and provides more than one million rides per day. Green earned a B.A. in Business Economics from the University of California, Santa Barbara where he created The Green Initiative Fund. He became the youngest director of the Santa Barbara Metropolitan Transit District and was Sustainability Director at UCSB. He was inspired by a trip to Zimbabwe where locals used crowdsourced carpools. Logan Green and Zimmer have raised more than $4 billion for Lyft and the company went public in March 2019 at a value of $24.3 billion. Logan Green is married to Eva Gonda Green, the daughter of Louis Gonda. 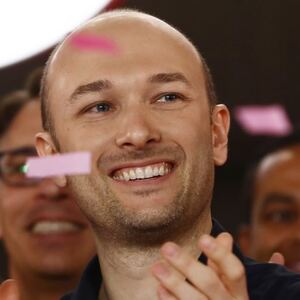