Lee Iacocca net worth and salary: Lee Iacocca was an American businessman and philanthropist who had a net worth of $150 million dollars at the time of his death in 2019. Lee Iacocca was born in Allentown, Pennsylvania. He went on to graduate from LeHigh University with a degree in Industrial Engineering. From there, he went on to earn a degree from Princeton University as a Wallace Memorial Fellow. He began his professional career as an engineer at Ford, but ultimately found his calling in the sales department. He rose through the ranks relatively quickly at Ford. He was hired in 1946, and by 1960 he'd become the Vice President and General Manager of the Ford Division. In 1965, he became Vice President of the Car and Truck Group. In 1967, he was named Executive Vice President. Three years later, he became President of Ford. During his years with Ford, the company experienced massive growth, and he was part of the development of such popular Ford cars as the Ford Mustang, the Ford Escort, and the Lincoln Continental Mark III. He was also responsible for the Ford Pinto, unfortunately, which had a severe design flaw. He clashed with Henry Ford II and was eventually fired in 1978. He took over at Chrysler, which was struggling severely, and turned the company around completely. He retired in 1992 and spent the next several decades focused on writing, philanthropy, and politics. Lee Iacocca died on July 2, 2019 at the age of 94.

Lee Iacocca Salary and Compensation: Lee Iacocca was also famous for being one of the first CEOs to take just $1 a year in salary in exchange for a higher equity compensation. In 1983 he asked the board of Chrysler to give him $1 in salary and 337,500 shares which would vest over three years. At the time those shares were granted, they were worth $4.2 million. Three years later after Chrysler made a huge turnaround, the shares had tripled in value. By the time he exercised previously-granted shares, Lee's total 1986 compensation was $20,577,491. That's the same as earning around $45 million today after adjusting for inflation. In the same year, the CEO of Ford earned $4 million in total compensation and the CEO of GM earned $1.5 million.

Real Estate: In 1993, Lee spent $4.25 million on a home in LA's Bel-Air neighborhood. The property features an 11,000 square-foot home down the street from the Bel-Air Country Club and the Hotel Bel-Air. Lee arranged to have access to the exclusive hotel from his property through a side gate, allowing him to walk to and from as he pleased. In January 2020, Lee's surviving daughters put the home on the market for $26 million. 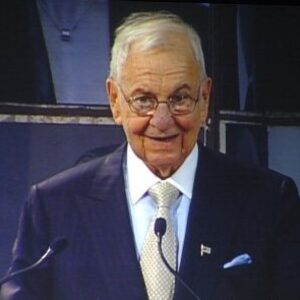