He dropped out of high school and started a career as a horse trainer. Amaitis worked for Cowne & Co. and was Senior managing director of Cowen Government Brokers. He started at Cantor Fitzgerald which became BGC Partners. Amaitis was Senior Managing Director in New York City and then moved to the London office. He was Chief Operating Officer of eSpeed. Amaitis is credited for helping BCG rebuild when it lost 685 employees in the September 11 attacks. He now lives in Las Vegas and has served as Chief Executive Officer of Las Vegas Sports Consultants. 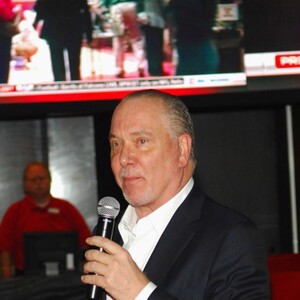