How much is Leanna Archer Worth?

Leanna Archer Net Worth: Leanna Archer is an American entrepreneur who has a net worth of $5 million dollars. Leanna Archer was born in Flushing, New York on 5th October 1995. She founded her own Hair and Body care corporation Leanna's Inc. in Long Island in 2005. It all started out as her grandmother made her own pomade and Leanna got lots of compliments on her locks so she thought it was due to the pomade. After telling her mom about the idea of selling it as a product she didn't get the desired response so she brought the pomade to her friends, being sure that they would have the same results as her, and the plan worked. She got immediate response and checks with people wanting the pomade in large amounts. Next, Leanna made a research on the internet on how to get a Tax ID and a business license. Her mother and her grandmother were impressed and immediately went with it. That's how in 2005 Leanna's Inc. was formed and sold all kinds of hair products "no matter what your ethnic background is" says Leanna. She is responsible for all of her products and does a research on how to improve them from time to time. Now, she travels around America doing motivation speeches to kids and young adults. She has also done lots of interviews with big newspapers and news channels such as CNN and more. In addition to the above, Leanna Archer got the 5th place on the list "top 9 young lions" who are making black history. 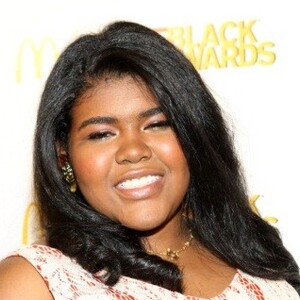