What is Larry Ellison's Net Worth and Salary?

Larry Ellison is an American billionaire entrepreneur who has a net worth of $88 billion. Larry Ellison earned his enormous fortune as the founder of software giant Oracle. He also served as CEO until September 2014.

Ellison's net worth makes him one of the richest people in the world behind other tycoons like Jeff Bezos, Bill Gates, Warren Buffett and Bernard Arnault.

For a brief period in the 1990s, Larry was the richest person on the planet when his net worth topped Bill Gates', as Microsoft stock slumped due to to the Department of Justice's antitrust investigation. At various times Larry has been the highest paid executive in the world, taking home north of $90 million in some years.

Larry took Oracle public on March 12, 1986. Coincidentally, that was one day before lifelong rival Bill Gates took Microsoft public. At the time of the IPO Larry owned 39% of Oracle. By the end of the first day of trading, Oracle had a market cap of $270 million which meant that Larry ended the day with a paper net worth of $105.3 million.

In 1990 Oracle found itself perilously close to bankruptcy. After losing more than 50% of its market cap, Oracle only had a few months of cash left in the bank. Larry, who had seen his personal net worth drop from around $500 million to $150 million was almost ousted from the company.

Over a period of months in 2018, Larry Ellison quietly spent around $1 billion to acquire 3 million shares of Tesla. He and Elon Musk are longtime friends. At the time he revealed his stake to the SEC, he owned 1.7% of Tesla. His 3 million shares became 15 million after the company did a 5-1 stock split in August 2020.

Larry has been married four times and has a total of five children. He was married to his most-recent wife, romance novelist Melanie Craft, from 2003 to 2010. Larry's good friend Steve Jobs served as the official wedding photographer at their ceremony. He has two children from third wife Barbara Boothe, whom he was married to from 1983 to 1986. His two children, David and Megan Ellison are film producers.

To date Larry has donated at least $400 million of his personal wealth to various charities. He has also signed The Giving Pledge.

Today Ellison owns 22% of Oracle. He has pledged 315 million of his shares as collateral against lines of credit and personal debt. Since 2003 he has earned around $9 billion from Oracle stock sales and dividends. 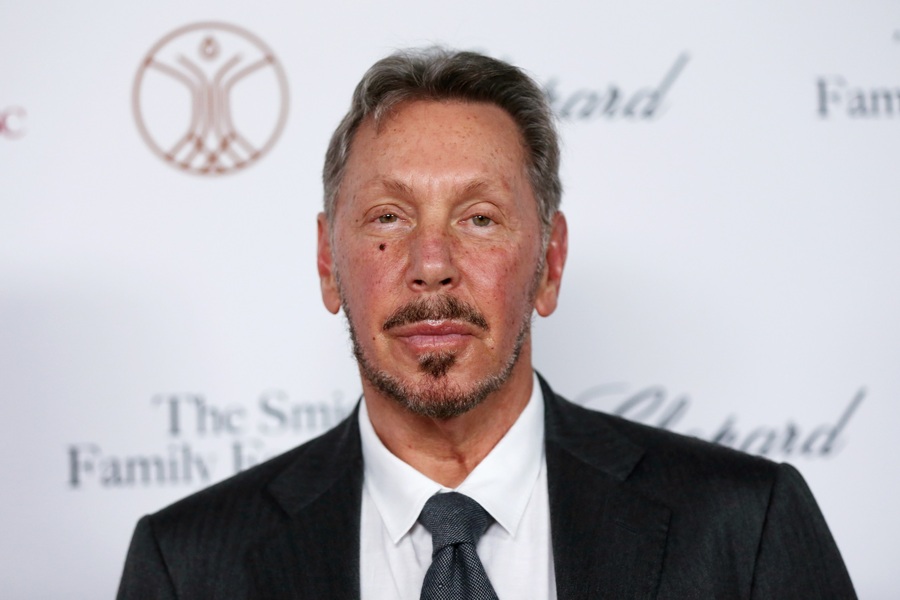 Larry's real estate portfolio includes properties around the globe including homes in Hawaii, Japan, Malibu, Lake Tahoe, San Francisco, and Rhode Island. His primary residence is 45-acre estate in Woodside, California that is likely worth at least $200 million. The mansion is modeled after a 16th century Japanese estate. It spans 45-acres and features a main house, a two-bedroom guest house, three cottages, a barn converted to a gym and a 3-acre man-made lake that features two waterfalls. After the local township assessed his property at a value of $173 million and handed Ellison the tax bill, he challenged the value and won, receiving a 60% tax cut on his "$70 million" property.

In April 2021 Larry paid $80 million for a Palm Beach, Florida mansion. Situated on 7.35 acres of oceanfront property, the estate has a 15,500 square-foot mansion, several pools, tennis court and sports center.

Larry bought the Palm Beach mansion as his first step towards giving up his California residency. The longtime-California resident had be openly frustrated by ever-increasing taxes and other intrusions on businesses.

By uprooting from California to Florida, Larry was no longer on the hook for California's Franchise Tax Board 13% annual income tax rate. Over the last decade, Larry has received $1.7 billion in dividends from Oracle EVERY YEAR. By moving to Florida he saves $230 million in taxes just on those dividend payments alone. That works out to $644,000 in savings every single day of Florida residency. At that rate, Larry paid for the entire $80 million cost of his new Florida mansion after just FOUR MONTHS.

In June of 2022 Larry was revealed to be the purchaser of a 16-acre estate near Palm Beach, Florida called Gemini. Larry paid $175 million for Gemini. The seller, fellow billionaire tech entrepreneur Jim Clark, bought the home 15 months earlier for $94 million. At the time of the sale, Larry's $175 million purchase price slid into third place on our list of the most expensive homes sold in US history. Here's a tour of Gemini:

In June 2012 Larry spent $300 million to acquire 98% of the Hawaiian island of Lanai from the Castle & Cooke company. The other 2% is owned by the state of Hawaii. With the purchase Larry also acquired Lanai's Four Seasons hotel. He has reportedly spent $500 million of his own money on infrastructure improvements including roads, a water treatment facility and state of the art movie theater.

A lifelong tennis enthusiast, Ellison owns the Indian Wells Tennis Garden in Coachella, California and the Indian Wells Masters Tournament. He is an avid sailor. His Oracle Team USA team won the 2010 and 2013 America's Cups. For many years Larry owned the 12th largest yacht in the world, Rising Sun. Larry spent $200 million building Rising Sun. He sold the yacht to music mogul David Geffen in 2010.

For many years Larry traveled the globe on a Gulfstream V. At some point he upgraded to a $75 million Gulfstream G650. In 2013 he bought an airline called Island Air to help bring guests to Lanai. He also owns two military fighter jets, a decommissioned Soviet MiG-29 and an SIAI-Marchetti S.211. He is not allowed to fly the Mig-29 in the United States because the US government considers the plane a weapon of war. 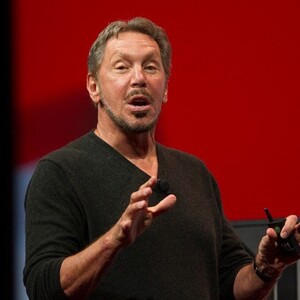