Kit Crawford net worth: Kit Crawford is an American businesswoman and entrepreneur who has a net worth of $1 billion. Kit Crawford earned her fortune as the longtime co-owner of Clif Bar & Co., which makes organic nutritional bars and drinks. Crawford served as co-CEO from 2007 to 2013 with her husband Gary Erickson. The couple are now co-chief visionary officers and own 80% of the company with the employees earning the rest. The Crawfords launched White Road Investments which is a venture firm backing business. They also launched a winery and tasting room in Napa, California. Crawford serves as president of the Clif Bar Family Foundation. She was born in Canada and worked as a sales manager at a small bakery. Kit also was a dancer and choreographer who worked in national parks during the summer. Crawford was ranked #38 on the inaugural Forbes list of America's Richest Self-Made Women in 2015.

In June 2022, Mondelez agreed to buy Clif Bar for $2.9 billion. The sale gave Kit and Gary a combined net worth of $2 billion. 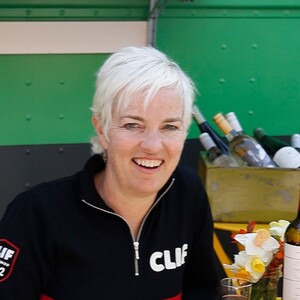