What is Kim Dotcom's net worth?

Kim Dotcom, also known as Kim Schmitz, is an internet entrepreneur and most notably the founder of Megaupload.com. As of this writing, Kim Dotcom has a net worth of $10 million. Founded in 2005, Megaupload allowed users to upload any video they found to be viewed and shared by anyone in the world. Think of it like a YoutTube for pirated videos. Those pirated videos cost movie studios a reported $500 million in damages.

At the peak of Megaupload's success, Kim Dotcom was personally earning $150,000 a day in profits.

Born in Kiel, German in 1974, Kim Dotcom/Kim Schmitz has had a fascinating roller coaster career as a multi-millionaire internet CEO. Kim has experienced some extreme highs and some extreme lows including a conviction for tax evasion. He is currently facing a potential 55 year prison sentence for operating Megaupload.com. Megaupload has allegedly cost the entertainment industry over $500 million in damages from pirated content being uploaded and shared through the site. If convicted, not only could he spend decades behind bars, but he may also be forced to repay over $175 million in ill-gotten profits. 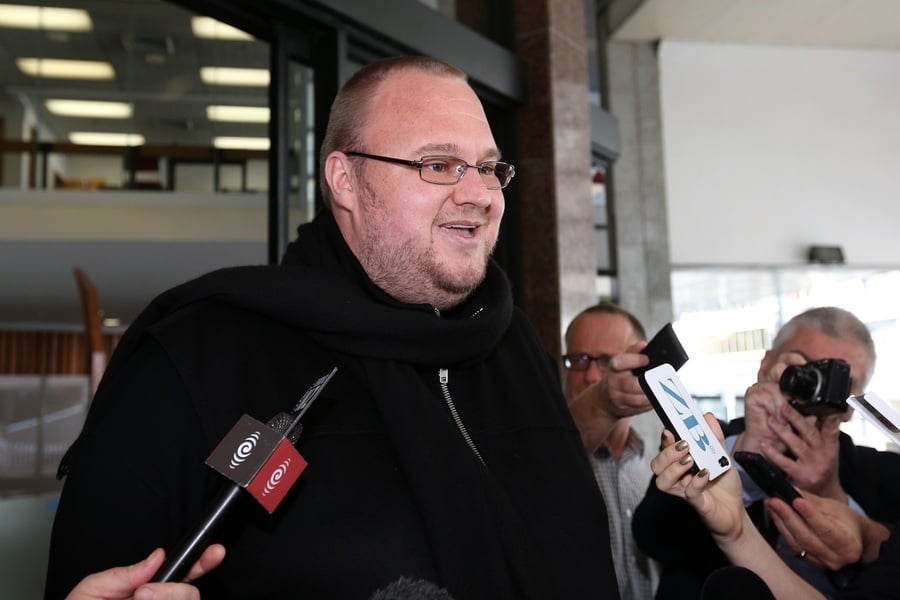 In November 2014, Kim announced that he was "officially broke". He claims he lost the majority of his fortune when his assets were seized in July 2014. He has also spent a small fortune defending himself over the last year and has transferred remaining assets out of his name to protect them from prosecution. His lawyer Ira Rothken recently confirmed:'

"Kim Dotcom is broke because the largest copyright case in US history has cost about $10 million to date to defend and will cost tens of millions of dollars more going forward."

Before his arrest, Dotcom/Schmitz lived a life that any man on earth would envy. In 2011, Kim personally earned $40 million thanks to Megaupload.

He owned a fleet of expensive high performance cars, yachts, private jets and one of the most expensive houses in New Zealand that cost a reported $25 million. He traveled the world with Playboy bunnies and drove around in a Lamborghini that had the license plate "GOD". When he was arrested on January 19th, 2012, authorities seized $5 million worth of luxury cars, including a Rolls-Royce Phantom Drophead Coupe with a price tag of $400,000.

In March 2019 a YouTuber named Erick Tseng posted a rare video tour of Kim Dotcom's mansion, one of the most expensive in all of New Zealand, valued at around $25 million. As you might expect from someone of Dotcom's interests, the mansion is an eccentric tech millionaire utopia, with lavish design touches that often look more like something out of The Sims than an actual home for humans to live in. That's true despite the fact that Dotcom hasn't actually lived here for some time.

Dotcom's master bedroom (a phrase that doesn't even begin to convey how large it is) is the focus of the video tour, and words don't quite capture the bizarre sensibility that clearly went into its design and furnishing. One especially strange touch is the bathroom, which foregoes the usual sense of enclosed privacy in favor of a sink, bathtub, and toilet scattered haphazardly in a room that apparently used to be a sun room – complete with large windows for taking in the estate while in your most private moments, as well as a big screen TV mounted on the wall. The bathtub itself would look somewhat unusual even in a traditional bathroom, surrounded as it is by a white padded bench, presumably for either bath time spectators or those waiting in line for their chance in the tub.

Just outside the bathroom, there's Dotcom's old lap pool, complete with an elaborate lighting scheme that again seems like something a 12-year-old would dream up. From there, you can find the massive walk-in closet with an elaborate array of mirrors inside, reminiscent of the hall of mirrors owned by Mr. Han in the film Enter the Dragon.

I haven't even gotten to the panic room yet, which is reportedly where Dotcom was finally arrested after authorities took a while to find it. You'll see how he was able to stay hidden, as well as a ton of other odd touches and details to the home, in the video below: 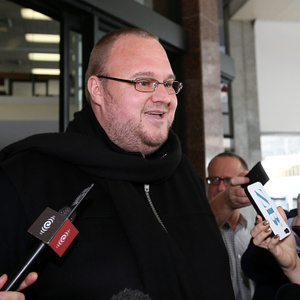