Kevin Rose Net Worth: Kevin Rose is an American internet entrepreneur who has a net worth of $30 million dollars. Born February 21, 1977, Kevin Rose is best known for co-founding Revision3, Digg, Pownce and Milk, as well as serving as production assistant and co-star at TechTV's The Screen Savers. After dropping out of the University of Las Vegas, Rose began coding software.

At the age of 19, Rose's computer skills were so good that he landed a job at the Department of Energy's Nevada Test Site, which he worked while attending the University of Las Vegas. He dropped out of college his sophomore year to work as a programmer full-time. Through his time as host of a cable show called Screen Savers, he made important connections with some of Silicon Valley's biggest players, including Apple computer co-founder Steve Wozniak. Envious of Wozniak's stories of the days of pioneering the Apple computer, Rose went home to dig around the internet for interesting tidbits of news that might be somewhat obscure and was struck by the realization that this searching of the web was messy and time-consuming. And that got Rose thinking…maybe he could create a service that did this automatically for users…one that tapped the site's community to post and rank content from bloggers and news sites. Those stories that appeared on the front page would represent the most popular ones of the day…and $1200 (from his own bank account) later, Digg was born. His ambition for the site was, admittedly, modest and he was more than pleasantly surprised when Digg took off-to the tune of hundreds of thousands of visitors per month within a year or so. A shrewd investor, Rose put money into the early launches of Twitter and Foursquare. In July 2012 it was announced that the assets of Digg.com had been acquired by a company called Betaworks for $500,000 plus equity.

Later that year he became a venture partner at Google Ventures. 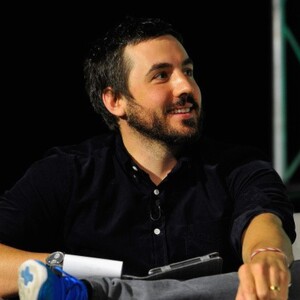