What is Kevin Plank's Net Worth?

Kevin Plank is an American businessman and philanthropist who has a net worth of $2 billion. Kevin Plank is the founder, former CEO and current chairman of Under Armour Inc. which manufactures apparel, footwear and accessories for sports.

Kevin also operates a real estate firm named Sagamore Development, and founded the whiskey distillery Sagamore Spirit. Beyond his entrepreneurship, Plank has made numerous charitable contributions to organizations throughout Baltimore and Washington, DC.

While in college, he launched his first business, a Valentine's Day related rose seller. After college, he developed an idea for a shirt that would wick away sweat, and began searching for a material that would do what he wanted. After multiple prototypes, he hit on the synthetic material that seemed to work best, and he sent samples to his friends, many of whom were college or professional athletes. They wore the shirts and passed them on to colleagues. In 1999, his company, now called Under Armour, placed an ad in ESPN Magazine, and over $1 million in orders poured in.

Kevin Plank was born on August 13, 1972 in Kensington, Maryland as the youngest of five boys of William, a Maryland land developer, and Jayne, a former mayor of Kensington who later worked at the United States Department of State under President Ronald Reagan. Growing up, Plank played youth football with the Maplewood Sports Association. He went to Georgetown Preparatory School, but dropped out due to behavioral issues and poor academic performance. Plank subsequently attended St. John's College High School, from which he graduated in 1990. He went on to enroll at Fork Union Military Academy, where he played football for a year while trying to get the attention of schools in the NCAA Division I. Failing to be recruited by collegiate football programs, Plank enrolled at the University of Maryland, College Park, graduating in 1996 with a bachelor's degree in business administration.

While at the University of Maryland, Plank created the seasonal business Cupid's Valentine, which sold roses on Valentine's Day. He then used the $3,000 he earned from the business as seed money for his sports equipment company Under Armour, which he founded in 1996. Plank had the idea for the company when he played for the Maryland Terrapins, and grew frustrated over his cotton T-shirts' inability to wick the sweat from his body. He went on to search for synthetic materials that would keep athletes dry and comfortable. Initially, Plank ran Under Armour from his grandma's townhouse in Georgetown, and sold his first shirt from his car. He subsequently sent T-shirts to his friends who played professional sports, and made his first major team sale with Georgia Tech.

Plank had a watershed moment late in 1999, when he used almost all of his company's earnings to take out a $25,000 advertisement in ESPN The Magazine. A huge coup for Under Armour, the ad resulted in $1 million in direct sales in 2000, and spurred athletes and teams to buy his products. Ten years later, the company reached $1 billion in annual revenue for the first time, and in 2011, Plank became a billionaire. Between 2014 and 2016, Under Armour expanded its reach to purchase makers of diet- and activity-tracking mobile apps. Plank stepped down as CEO in October of 2019, and was succeeded by COO Patrik Frisk.

Among his other business interests, Plank has a real estate firm called Sagamore Development. In 2007, he purchased the historic 630-acre Sagamore Farm in Reisterstown, Maryland, a property at one time owned by Alfred Gwynne Vanderbilt. With the acquisition, Plank sought to restore the farm and inject new life into Maryland's horse racing culture by raising a Triple Crown winner. He also renovated the former Recreation Pier building in Baltimore's Fells Point neighborhood, which was originally constructed in 1914 to store port cargo. Plank's renovations transformed the building into the Sagamore Pendry Hotel. In 2013, Sagamore Development began leading a $5 billion mixed-use project in the Port Covington district of Baltimore, where it acquired about 235 acres for the construction of offices, retail spaces, parks, residential areas, and more. Also in 2013, Plank founded the whiskey distillery Sagamore Spirit; its first bottles were sold in stores in 2016. 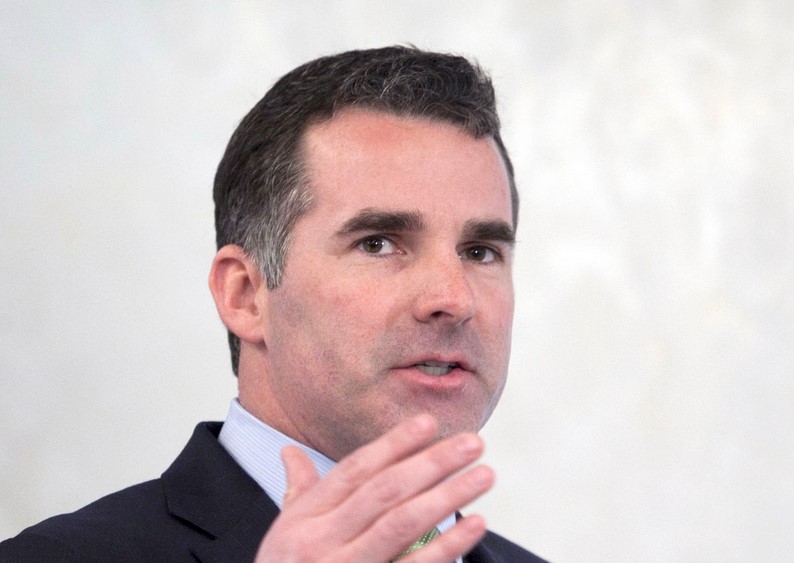 Throughout his career, Plank has been significantly involved in philanthropy in the Baltimore and Washington, DC areas. In 2014, he gave $25 million to his alma mater the University of Maryland to be used for a proposed athletics and academic building. The project resulted in a football facility, sports medicine center, and student entrepreneurship lab. Plank is also a longtime supporter of the Robert H. Smith School of Business and the Dingman Center for Entrepreneurship at Maryland, and helped develop the Cupid's Cup business competition. Additionally, he has given back to his other alma mater, St. John's College High School; in 2015, he gave $16 million to the school to fund academic, athletic, and entrepreneurship initiatives. The next year, Plank donated $1 million through his charitable organization Cupid Foundation to the group CollegeBound.

Plank is active in a number of organizations. He is a member of the Greater Baltimore Committee and Greater Washington Partnership, and is also a member of the Board of Trustees for Living Classrooms, a nonprofit that provides hands-on education to youth in natural and urban environments. Through the Cupid Foundation, Plank donated $5 million to help establish the UA House at Fayette, a community center run by Living Classrooms.

In 2003, Plank wed Desiree Guerzon, with whom he has two children. The family lives in Lutherville, Maryland.

Plank has drawn controversy for his political allegiances. In 2017, he was criticized for calling Donald Trump a "real asset" to the business community. Plank also sat on Trump's American Manufacturing Council, but stepped down after the president endorsed the white supremacist violence in Charlottesville, Virginia. Later, Plank was one of the Fortune 500 CEOs to sign a pledge calling for better workplace inclusion and diversity.

In 2013 Kevin and his wife Desiree paid $8 million for a 12,000 square-foot home in Washington D.C.'s Georgetown neighborhood. They spent millions on various renovations and attempted to sell the property at some point for $30 million. They finally found a buyer in June 2020 for $17.3 million. 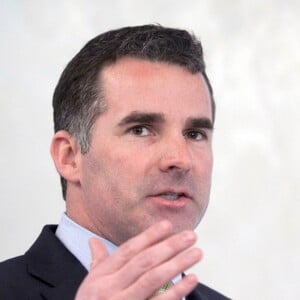