Kevin O'Leary Net Worth: Kevin O'Leary is a Canadian businessman, author, politician and television personality who has a net worth of $400 million. He is best known for being the founder of software company SoftKey International and reality television shows "Dragons' Den" and "Shark Tank".

Early Life: Terence Thomas Kevin O'Leary was born in Montreal, Quebec, Canada on July 9, 1954. His mother is of Lebanese descent, and his father is of Irish decent. Due to his paternal heritage, O'Leary also holds an Irish passport and citizenship.

Following his parents' divorce, and his father's death soon after, O'Leary's mother married economist Gorge Kanawaty. Due to his stepfather's work with the UN's International Labour Organization, O'Leary grew up moving around the globe, living in places including Cambodia, Tunisia and Cyprus. His mother was a skilled investor, and taught him much of what she knew, including the lesson to always save one-third of his money.

On the advice of his stepfather, O'Leary attended university instead of pursuing his initial aspirations to be a photographer. It was at school that he continued to develop his interest in business and investing. He graduated from the University of Waterloo with a bachelor's degree in 1977, and an MBA from the Ivey Business School at the University of Western Ontario in 1980.

Business Career: While studying for his MBA, O'Leary completed an internship at Nabisco, and worked as an assistant brand manager for the company's cat food brand. He credits this experience as helping him develop skills that aided his later success. After leaving Nabisco, O'Leary embarked on a brief career as a television producer, co-founding independent television production company Special Event Television (SET) with two former MBA classmates. O'Leary's share of the venture was eventually bought out by one of his partners for $25,000.

After selling his share of SET, O'Leary started the software company SoftKey in 1986 in a Toronto basement with business partners John Freeman and Gary Babcock. After a major financial backer withdrew their $250,000 commitment, O'Leary used his $25,000 SET share money and a $10,000 investment loan from his mother to establish the company, which was a publisher and distributor of CD-ROM-based personal computer software for Windows and Macintosh computers.

The company developed a number of educational software products, and by 1993 had become a major consolidator in the educational software market after acquiring rival companies such as WordStar and Spinnaker Software. In 1995 after acquiring The Learning Company (TLC) for $606 million, Softkey adopted the TLC name. In 1999 TLC was bought by Mattel for $4.2 billion. Following a drop in sales and earnings for Mattel, O'Leary departed the company. Mattel executives and O'Leary were sued by Mattel shareholders for misleading investors about the health of TLC, but O'Leary disputed all charges, blaming the failure of the acquisition on the technology meltdown and culture clash of management of the two companies.

In 2003 O'Leary became a co-investor and a director of the company Storage Now in 2003. They are a developer of climate controlled storage facilities. After a string of development projects and acquisitions, Storage Now has become Canada's third largest owner/operator of storage services. Storage Now had facilities located in eleven cities serving such major companies as Merck and Pfizer. The company was acquired for $110 million in March 2007. 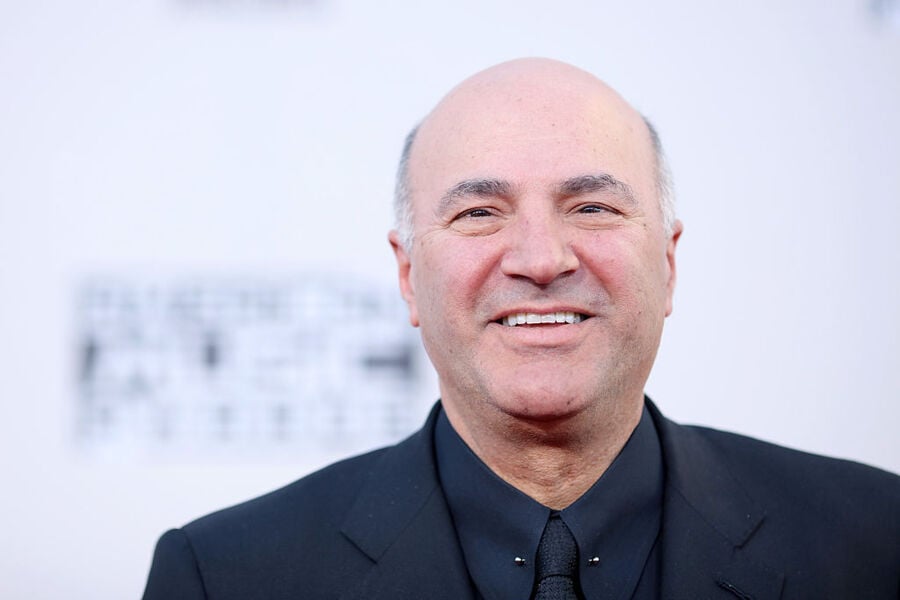 Media and Other Ventures: In September 2011, O'Leary released his first book "Cold Hard Truth: On Business, Money & Life." He released two follow-ups in 2012 and 2013. O'Leary's first television appearance came in 2006 as one of the five venture capitalists on the CBC show "Dragons' Den". He developed an on-screen persona as a blunt, bullying investor, something encouraged by the show's producers. O'Leary was invited to join "Share Tank", the American version of "Dragons' Den", in 2009. He remained on both shows until leaving "Dragons' Den" in 2014. Through his appearances on the two shows, he gained the nickname "Mr. Wonderful", both a tongue-in-cheek reference to his reputation for being mean, but also that his blunt feedback is helpful to misguided entrepreneurs appearing on the show. He has a holding company, Something Wonderful, for managing his investments on the show. Some of his notable deals from "Shark Tank" include investments in Talbott Teas (later acquired by Jamba Juice)  and GrooveBook (later acquired by Shutterfly).

Other television and media pursuits by O'Leary include co-hosting Discovery Channel's "Discovery Project Earth" in 2008; a segment on CBC News Network with journalist Amanda Lang, "The Lang and O'Leary Exchange", in 2009; and producing and hosting his own reality show in 2012, "Redemption Inc.", in which he tried to help ex-convicts start their own businesses.

Politics: On January 18, 2017, O'Leary officially entered the Conservative leadership race following months of public speculation. During his campaign, he was often compared by the press to U.S. President Donald Trump: both were wealthy businessmen who gained wider recognition through reality television, and ran on platforms that included lowering taxes and regulations. O'Leary has dismissed comparisons, noting in particular his difference from Trump on the subject of immigration, pointing out that he himself is descended from Irish and Lebanese immigrants, and "wouldn't exist if Canada had walls". He officially left the leadership race on April 26, 2017, noting that although he believed he could win the leadership election, it would be "selfish" of him to continue because a lack of support for him in Quebec meant it would be difficult for him to beat Justin Trudeau in 2019.

Political Life: O'Leary has been married to his wife Linda since 1990, with a brief two-year separation in 2011. She serves as the VP of Marketing for O'Leary Wines. The couple have two children.

His primary residence is in Toronto, although he maintains a cottage in Muskoka, Ontario, as well as properties in Boston and Geneva, Switzerland. 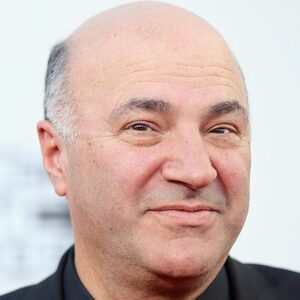