Ken Lewis net worth and salary: Ken Lewis is an American businessman who has a net worth of $65 million dollars. Kenneth D. Lewis was born in Walnut Grove, Mississippi in April 1947. He is best known for being the former CEO, President, and Chairman of Bank of America. Lewis graduated from Georgia State University.

He first joined North Carolina National Bank in 1969 as a credit analyst before serving as the head of international and domestic operations when the company became NationsBank and eventually Bank of America. After Hugh McColl retired in 2001 Lewis became the CEO, President, and Chairman. While Bank of America borrowed $86 billion from the Federal Government, Lewis told shareholders that the bank was strong and stable. In 2001 he was named the Banker of the Year and Top Chief Executive Officer by US Banker. Lewis earned over $20 million while he was CEO of Bank of America. Bank of America bought Countrywide Financial in 2008 and it ended up costing over $40 billion. They also took over Merrill Lynch in 2008 and suffered massive losses. Lewis retired from Bank of America at the end of 2009. He received $53 million in pensions. Ken is married to Donna Lewis. 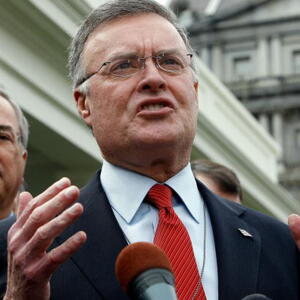