Keith Britton has an estimated net worth of $8 million. Britton also acquired his net worth as an actor, model and the co-founder and CEO of My Fashion Database. Growing up in New Hampshire, it's no wonder that Britton is a young entrepreneur, as he comes from a family who owns a small business. After graduating with a finance degree from University of Massachusetts, Britton entered the corporate world- but found it very 'unsatisfying'.

During the acting years, Britton was featured in Cold Case and As The World Turns Round. He also did a spot of modelling. It was his time as a model that Britton noticed a huge gap in the fashion market. He left the runway and photo shoots behind to set up his new innovative concept. My Fashion Database was born in the summer of 2008 and it all started in Britton's home basement. In its short existence, the IMDb-style site already has 70,000 profiles and contacts accessible to fashion industry professionals. My Fashion Database is considered the best thing that happened to the fashion industry by Wall Street Journal, Vogue and Fashionista.

He set up the business with (recently) ex-fiancé, actress Zoe Saldana. After 11 years being together, they decided to get hitched in June last year (2010). However in November (2011), the fairytale relationship came to an unexpected halt, as Britton and Saldana decided to call it a day. The couple led such a low-key life that the most inquisitive celeb gossip is clueless about the reason behind the split. Despite the slight hiccup, Britton and Saldana will remain business partners of My Fashion Database. Britton is also the founder of Juggernaut Investment, a private angel fund which focus on digital media, fashion consumer web and technologies; Juggernaut Consulting and image management and distributing service, Vizcloud. 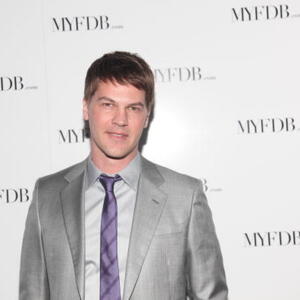