How much is Kathy Fields Worth?

Kathy Fields net worth: Kathy Fields is an American dermatologist and entrepreneur who has a net worth of $1.5 billion. Kathy Fields is best known for creating the ProactivSolution and the skin care company Rodan + Fields with fellow dermatologist Katie Rodan. They sold Rodan + Fields to Estee Lauder in 2003 but bought it back in 2007. ProActiv took their products out of stores and started to sell directly to the consumer. In 2014 the company sold more than $300 million in product. Fields works as an assistant dermatology professor at the University of California, San Francisco and has a private practice. Fields and Rodan have co-authored two books and have been featured on many television shows. Fields was ranked #42 on the inaugural Forbes list of America's Richest Self-Made Women in 2015. As of 2018, her share of Rodan + Fields made Kathy a billionaire. 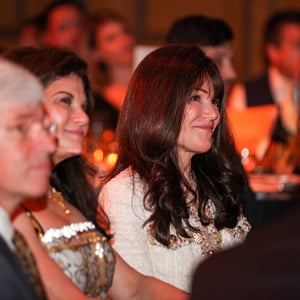