Kat Cole net worth: Kat Cole is an American businesswoman who has a net worth of $100 million. Kat Cole was born in Jacksonville, Florida in March 1978. She is the President and Chief Operations Officer of Cinnabon, Inc. and the former executive vice president of Hooters. She started off working as a Hooters hostess and was selected to train new owners and employees at the first Hooters in Australia.

At 26 years old she became Vice President of Training and Development for Hooters. In 2010 Cole was hired by Cinnabon and she became president in 2011. She helped the company partner with restaurants such as Burger King and Taco Bell. She was featured on the show Undercover Boss in 2012 and was the youngest CEO to appear at 34. She was recognized on Fortune Magazine's 2013 list of 40 under 40. Cole earned her MBA from Georgia State University in 2010. 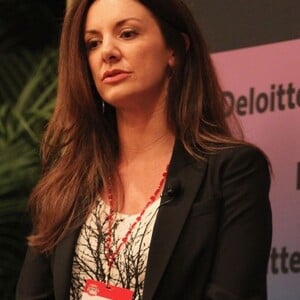