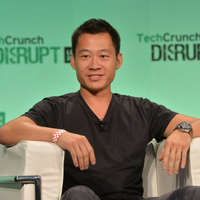 Justin Kan net worth: Justin Kan is an American entrepreneur and inventor who has a net worth of $100 million. Justin Kan has co-founded the live video platforms Twitch.tv and Justin.tv. He has also co-founded the mobile social video app Socialcam. Kan is a partner at Y Combinator which is a venture capital firm. He has attempted to broadcast his entire life which led to the term "lifecasting". He also started The Drop which is a Reddit-style electronic music discovery platform. Justin Kan is a contributor to the technology news website TechCrunch. He earned degrees in physics and philosophy from Yale University. He also launched the outsourcing platform Exec in 2012 which was purchased in 2014 by Handybook. He launched his 24-7 live feed Justin.tv in 2007 and his lifecasting lasted about eight months and was closed in 2014. In 2014 Twitch was acquired by Amazon.com for $970 million. Twitch had raised over $45 million through several rounds of investments that diluted each owner's stake significantly. It's estimated that each of the four Twitch founders owned around 12.5% of Twitch at the time it sold. That means Justin's pre-tax cut would have been around $120 million.