What is John Henry's Net Worth?

John Henry is an American entrepreneur, businessman and investor and sports team owner who has a net worth of $3.5 billion. He is notable for owning the Boston Globe, the Boston Red Sox, the Liverpool F.C. and co-owning Roush Fenway Racing. He earned his first fortune trading agricultural futures. In 1981 he launched his own firm, John W. Henry and Company.

John W. Henry II was born on September 13, 1949 in Quincy, Illinois to soybean farmers. Growing up, he divided his time between Illinois and Arkansas; however, due to his asthma, he moved with his family to the drier climate of Apple Valley, California when he was 15. Henry went to Victor Valley High School in Victorville. He attended Victor Valley College and then the University of California at Riverside as well as UC Irvine and UCLA. He did not graduate because he was performing on the road in two rock bands; Elysian Fields and Hillary.

Henry first got into the world of business when he began trading soybean and corn futures so he could understand the basics of price-risk hedging for holding these items in an inventory. Eventually, he devised a mechanical trend trading process for managing a futures trading account.

Having found success with his trend-reversal method, Henry founded his own investment management firm, John W. Henry & Company, in 1981 from a small office across the street from the airport in Irvine, California.

After successfully marketing himself to some of the country's biggest commodity brokerage firms, Henry eventually moved to a bigger office space at Fashion Island in Newport Beach. He moved again in 1989 to Westport, Connecticut, and a couple years after that opened another office in Boca Raton, Florida.

John W. Henry & Company was falling on hard times by late 2012. The firm announced that it would cease managing clients' money by the end of the year, as its total assets had decreased from $2.5 billion in 2006 to under $100 million in the span of six years. 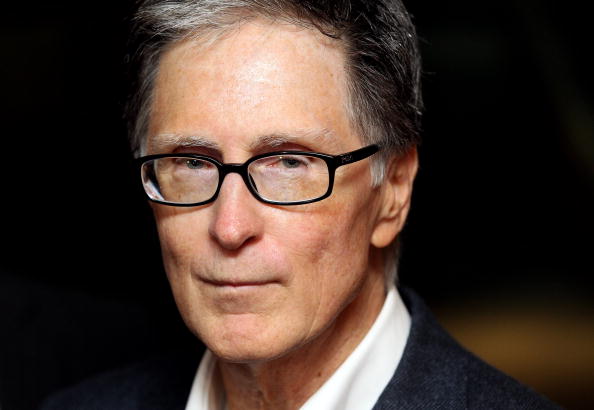 Thanks to the wealth he acquired as an investor, Henry began indulging in his love of baseball by venturing into team ownership. In 1989, he purchased his first team, the minor league Tucson Toros of the Pacific Coast League. Henry also had co-ownership of the West Palm Beach Tropics, a member of the Senior Professional Baseball Association that he had previously co-founded. Moving to the MLB, Henry bought a small portion of the New York Yankees in 1991. Later in the decade, he bought the Florida Marlins from Wayne Huizenga; a few years after that, Henry sold the Marlins to Jeffrey Loria.

After selling his ownership of the Marlins, Henry purchased the Boston Red Sox with his business partner Tom Werner. Along with his investors, John Henry paid $695 million for the Red Sox in a deal that closed in December 2001.

Henry became the team's principal owner, while Werner took the position of chairman. The two went on to establish a new front office team with the sole intent of breaking the Red Sox's historic World Series drought. This was achieved within just two years when the Red Sox claimed the 2004 World Series title against the St. Louis Cardinals. The team's renewed success continued under Henry with further World Series wins in 2007, 2013, and 2018.

Today the Red Sox are worth at least $4 billion.

Through Fenway Sports Group, the parent company of the Red Sox, Henry purchased the English Premier League Liverpool Football Club in 2010. As he has done with the Red Sox, Henry has experienced great success as the owner of Liverpool, with the club winning the Football League Cup Final in 2012. However, he did draw some backlash when he fired manager Kenny Dalglish that year. With Brendan Rodgers as the new manager, Liverpool came close to winning its first Premier League title in more than 20 years during the 2013-14 season. Subpar performances over the following season, however, led to Rodgers' firing in 2015. Henry subsequently won praise for hiring Jürgen Klopp as manager. Under Klopp, Liverpool made it to two finals in the 2015-16 season, and reached the Champions League Final in both 2018 and 2019, winning in the latter year. The club went on to claim the Premier League title for the 2019-20 season.

Among his other major assets, Henry purchased a 50% stake in RFK Racing, the stock car organization of Jack Roush, in 2007. He had his first win as a co-owner when driver Matt Kenseth claimed the Auto Club 500 title that year. Later, in 2009, Kenseth won RFK its first Daytona 500.

Henry has been married multiple times. His first wife was Mai, and his second was Peggy Sue. In 2009, he wed his third wife, Linda Pizzuti. Henry has three children from his marriages, including two daughters named Sienna and Sara.

In 1991 John paid $650 thousand for a plot of 6.4-acre land in Boca Raton, Florida. He proceeded to custom build what became a nearly 28,000 square-foot palatial mansion with 7 bedrooms and 19 bathrooms.

John listed the home for sale for the first time in November 2018 for $25 million. He lowered the price in March 2019 to $15 million but ultimately removed the property from the market. 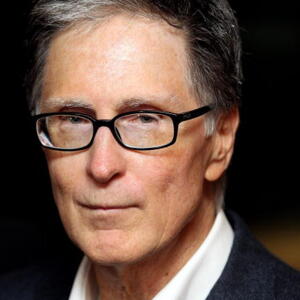