John Hendricks net worth: John Hendricks is an American businessman and entrepreneur who has a net worth of $800 million. John Hendricks was born in Matewan, West Virginia in March 1952. He is best known for founding the broadcasting and film production company Discovery, Inc. The company owns the Discovery Channel as well as TLC and the Animal Planet networks and Hendricks formerly served as the chairman. He retired in 2014 and then founded the on-demand nonfiction streaming service CuriosityStream. John Hendricks graduated from the University of Alabama in Huntsville and worked in the audio visual department and became the director of community and government relations for the school and served in a similar role at the University of Maryland. In 1982 he founded the Cable Educational Network, Inc. and in 1985 he launched the Discovery Channel. His memoir A Curious Discovery: An Entrepreneur's Story was published in 2013. Hendricks also helped find the Women's United Soccer Association.

John Hendricks Real Estate: John bought his first property in Colorado in the 1990s. He eventually built out a 7,000 acre personal property. He subsequently bought an additional 1700 acres where he proceeded to build a high-end resort/car museum. In 2017 he listed the personal property for sale for $149 million. He did not find a buyer. In 2019 he listed both properties for sale for $280 million. 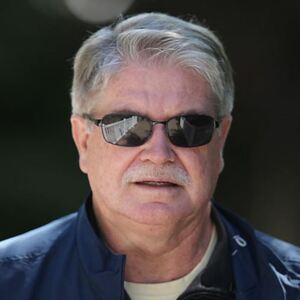