Joel Simkhai net worth: Joel Simkhai is an Israeli businessman and entrepreneur who has a net worth of $100 million. He earned his fortune as the founder of the apps Grindr and Blendr. He sold the majority of Grindr to a Chinese gaming company for $250 million in 2018.

Joel Simkhai was born in Tel Aviv, Israel and moved to the United States when he was three years old. He graduated from Tufts University in 1998 and then came out to his parents. Simkhai came from humble beginnings before founding Grindr and serving as the company's CEO. He left Grindr in 2018 when the company was purchased by Kunlun Group Limited for $245 million over two transactions. Joel Simkhai has served as a charter member of the Young Presidents' Organization. Grindr was initially released in 2009 and is a geosocial networking and online dating application geared towards the LGBT community. Blendr was initially released in 2019 as an online dating application based on geosocial networking designed to connect like-minded people near each other.

In January 2020, Joel paid $13 million for a home in West Hollywood, California. Believe it or not, this was a steal. The home had previously been listed for $22.5 million. 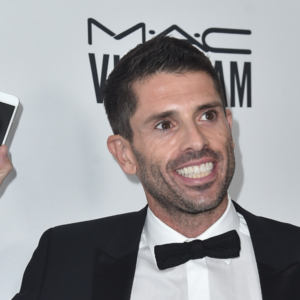