What is Jimmy John Liautaud's Net Worth and Salary?

Jimmy John Liautaud is an American restauranteur who has a net worth of $2 billion. Jimmy John Liautaud is best known for founding the sandwich chain Jimmy John's. After launching the business in 1983 and selling his first franchise in 1994, he went on to expand the chain considerably, opening more than 2,800 locations over the years, 98% of which are franchise-owned. Liautaud is also active in charity, and has donated to various nonprofits.

In September 2016, private equity firm Roark Capital acquired 65% of Jimmy Johns in a deal that valued the company at $2.3 billion. Within two years after further growth, Jimmy John Liautaud's pre-tax paper net worth was $1.7 billion.

In September 2019, Inspire brands – the parent company of Arby's, Sonic and Buffalo Wild Wings, acquired 100% of Jimmy John's in an all-stock deal. The valuation terms were not disclosed. At the time of the transaction, Jimmy Johns produced $2 billion in annual revenue.

Jimmy John Liautaud was born on January 12, 1964 in Arlington Heights, Illinois as the second of four children of Gina and industrialist James Sr. His siblings are Greg, Robby, and Lara. As a youth, Liautaud went to the private prep school Elgin Academy. He went on to attend Eastern Illinois University, but dropped out after one semester.

Following his graduation from high school in 1982, Liautaud was given a $25,000 loan from his father in order to start his own business. Taking the money, he agreed to his father's condition that he would enlist in the US Army if his business venture failed. Although Liautaud originally planned to open a hot dog stand, he soon realized that the $25,000 loan was an insufficient amount for such a business. In lieu of this, he decided to open a sandwich shop by buying premium meats at his local market and combining them with his own baked bread. Liautaud subsequently founded Jimmy John's Gourmet Sandwiches in Charleston, Illinois in early 1983. Because the store wasn't in the best location, he began delivering sandwiches door-to-door at the dormitories of the nearby Eastern Illinois University. By the end of 1983, Jimmy John's was making a profit. As the business continued to grow throughout the decade, Liautaud opened his second and third locations.

In 1988, Liautaud met Jamie Coulter, a Pizza Hut franchisee who would go on to found Lone Star Steakhouse and Saloon. With the guidance of Coulter, Liautaud sold his first Jimmy John's franchise in 1994. The business kept expanding over the ensuing years, amassing around 200 locations by 2002. Later, in 2007, Liautaud recruited the assistance of private equity firm Weston Presidio to help him expand further. The firm acquired a 33% stake in Jimmy John's and closed on more than 100 real estate deals within the first year. Another private equity firm, Roark Capital Group, bought a majority stake in the company in 2016. Three years after that, Inspire Brands purchased Jimmy John's from Roark Capital Group. Headquartered in Champaign, Illinois, Jimmy John's has more than 2,700 locations throughout the United States, with 98% of them being franchises. 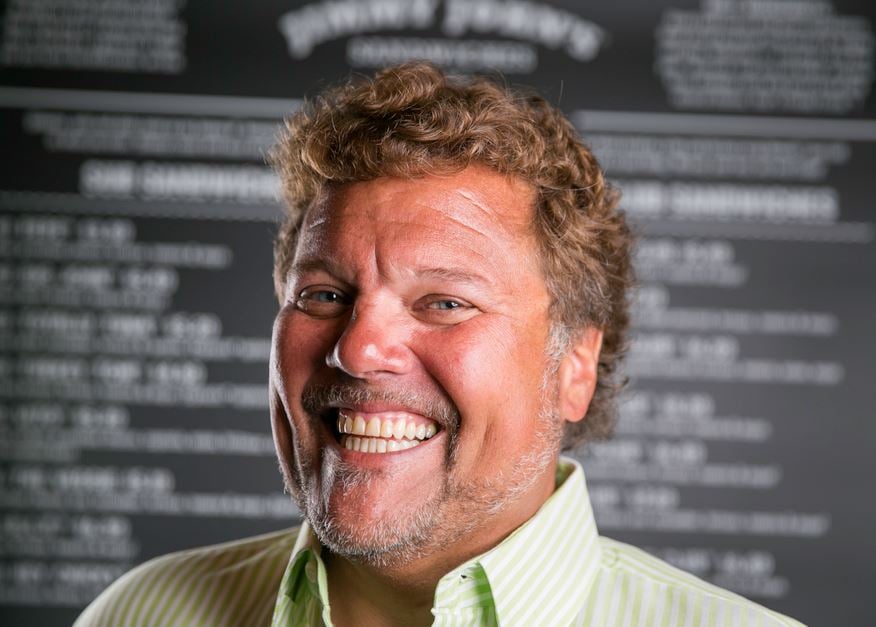 Liautaud has received a number of accolades for his business success with Jimmy John's. In 2004, he was named Illinois' Ernst & Young Food & Beverage Entrepreneur of the Year. The same year, Liautaud was given the National CEO Conference's Lifetime Achievement Award. Later, in 2012, he won the Nation's Restaurant News Golden Chain. Among his other honors, Liautaud received the 2018 Horatio Alger Award for achieving success through personal adversity.

Liautaud has a prolific record of philanthropy through his Liautaud Family Foundation. In 2011, he donated $1 million for the construction of a new YMCA in Champaign County. A few years later, Liautaud donated $1 million to the Folds of Honor Foundation, which supports the spouses and kids of killed or disabled military veterans. In 2017, he donated $2 million to help Brewster Academy build a new residence hall.

Among his other philanthropic contributions, Liautaud has donated more than $3.2 million to the non-profit Camp Southern Ground which was started by musician Zac Brown; $1.3 million to the Horatio Alger Association; and $1 million to Chicago's Youth Guidance Becoming a Man program. Through his foundation, he has also supported such groups as Crisis Nursery, the American Heart Association, Lurie Children's Hospital of Chicago, and the Detroit Symphony.

Liautaud is known to speak at schools and community spaces. He also invests in the wine industry, and owns thousands of acres of farmland in Central Illinois. Additionally, Liautaud is a passionate fisherman and hunter. In 2015, he got into trouble after images of him posing with big game he hunted in Africa appeared online. Due to the photos, many people called for a boycott of Jimmy John's. Liautaud later announced that he no longer hunts big game in Africa.

With his wife Leslie, Liautaud has three children named Lucy, Spencer, and Fred. He owns a 198-foot superyacht called ROCK.IT that was designed for him by the Dutch company Sinot Exclusive Yacht Design in 2014.