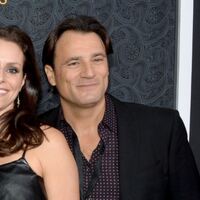 Jim McBride net worth: Jim McBride is an American businessman who has a net worth of $20 million dollars. Jim McBride is also known as Mr. Skin thanks to the website he founded and still runs today, MrSkin.com. Jim has been a regular guest on The Howard Stern Show and even produced the segment "Mr. Skin Minute". McBride has also been featured on radio shows such as The Adam Carolla Show, Tom Leykis, Loveline, Opie and Anthony, and The Bob & Tom Show. He was referenced in the 2007 movie Knocked Up after the characters in the movie attempt to start a website that specializes in showing people nude scenes from movies… only to find out midway that MrSkin already exists and accomplishes their very idea. The website Mr. Skin specializes in locating and posting instances of female nudity in film and television. McBride introduced the spin-off website Mr. Man in 2013 which is devoted to male nudity. McBride is considered to be the authority on celebrity nudity and started off recording nude scenes on his VCR.