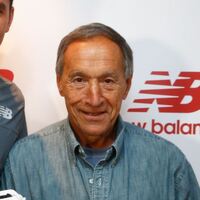 Jim Davis net worth: Jim Davis is an American business executive and entrepreneur who has a net worth of $3.3 billion dollars which makes him one of the richest people in Massachusetts. Jim Davis graduated from Middlebury College with dual degrees in biology and chemistry. He began his professional career working as a sales engineer and marketing manager for two Massachusetts-based technology companies. In 1972, he bought New Balance, a running shoe company. At the time, New Balance was a small business with only six employees. He grew the company into one of the most successful shoe manufacturers in the world. It currently has 4000 employees spread out over multiple locations around the globe. 25% of the company's shoes sold in the US are actually made in the US. Though New Balance staunchly avoided the use of celebrity spokespeople or endorsement for many years, it recently launched a line of shoes in conjunction with Heidi Klum, and became the official footwear and clothing sponsor for the Red Sox.