How much is Jim Crane Worth?

Jim Crane net worth: Jim Crane is an American businessman who has a net worth of $2.5 billion. He earned his first fortune in the logistics industry. He then earned a second fortune as the owner of the Houston Astros baseball team.

Early Life: Born in Dellwood, Missouri, Jim Crane, also known as James Robert Crane, went on to graduate from Central Missouri State University with a degree in Industrial Safety. He began working in the insurance business immediately after finishing school. He relocated to Houston, Texas in the early 80s to further his career.

In 1984 he borrowed $10,000 from his sister to found Eagle USA Airfreight, which would eventually morph into Eagle Global Logistics. Eagle Global went public in 1995 and at its peak had hundreds of millions in annual revenue and more than 100 thousand employees. In the years after going public, Eagle was accused of discriminating against black, Hispanic and female employees by the Equal Employment Opportunity Commission. The EEOC's alleged that Crane didn't want to hire black people because he believed they would be discriminated against by his other employees who were racist. The report included an allegation that Crane himself once stated:

"Once you hire blacks, you can never fire them."

The issues were resolved in 2001 with a $9 million settlement.

In 2006 Eagle paid a $4 million settlement to the US Government to settle allegations of fraud, price fixing, profiteering and paying kickbacks related to the Iraq war. The company had allegedly been charging the government fake "war risk surcharges" totaling over $1 million.

In 2007 EGL merged with CEVA Logistics. At the time of the merger, Crane owned 17.6% of the company's shares. After receiving a windfall in the several hundred million dollar range, he founded founded Crane Capital Group.

In addition to owning CCG, he is also a shareholder in Western Gas Holdings and Crane Worldwide Logistics, LLC, and he is also the director of Fort Dearborn Life Insurance Company and Champion Energy Holdings, LLC. He is also the top-ranked CEO golf player in the nation, and owns The Floridian National Golf Club. Golf Digest ranked Jim Crane as the #1 CEO golfer.

Houston Astros Purchase: Jim Crane purchased MLB's Houston Astros in late 2011 for $680 million. At the time it was the second-highest amount ever paid for a baseball team. Some MLB owners were skeptical of Crane becoming a team owner. For one, in 2008 he backed out of an offer to buy the Astros. He also drew scrutiny for his past business dealings. His former business had faced allegations of bigotry, sexual discrimination, price fixing and defrauding the US government to profit off the war in Iraq. The 2011 deal for the Astros ultimately went through. He allegedly got a 10% discount for agreeing to move the team from the National to the American league. Today the team has tripled in value to $1.8 billion. On November 1st, 2017, The Houston Astros won the World Series. The first in the organization's history. They won in game 7 playing against the Dodgers in Los Angeles. It was later revealed that the Astros stole signs during their 2017 championship year. Players reportedly relayed pitch information to hitters by banging on a trash can from the dugout just before pitches were thrown. Crane repeatedly denied knowledge and involvement in the scheme.

Pebble Beach Home: In 2017, Jim Crane listed his gorgeous Pebble Beach mansion for sale for $37.9 million. He lowered the price to $29 million and then $25 million. He did not ultimately find a buyer (as of this writing). He bought the house two decades ago for $5.5 million. 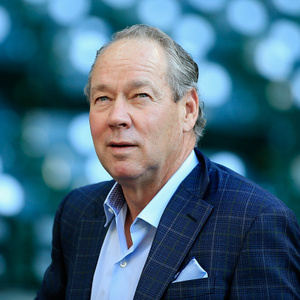