What is Jim Clark's net worth?

Jim Clark is a Texas-born billionaire businessman who has a net worth of $3 billion dollars. A computer scientist and entrepreneur, Jim Clark holds a PhD in Computer Science and is a noted developer of three-dimensional imaging technology. Jim Clark is the founder of several notable tech companies including, Silicon Graphics Inc., and Netscape Communications Corporation.

James H. Clark was born on March 23, 1944, in Plainview, Texas. Having endured a difficult childhood, young Clark dropped out of high school and spent four years in the Navy. But even though he didn't have a high school diploma, Clark managed to earn enough credits to enroll at the University of New Orleans. There, he completed his masters and bachelors degree in Physics and then he finished his PhD in Computer Science from the University of Utah.

In 1981, Clark along with several other Stanford graduates started Silicon Graphics Inc. (SGI). The company soon grew to become the world leader in production of Hollywood movie visual effects and 3-D imaging.

Despite SGI's success, he left the company in 1994. Around the same time Jim and Marc Andreessen established web browser company Netscape, which was instrumental in the launch of the Internet IPO boom on Wall Street during the mid to late 1990s. Among other things, Netscape developed the Secure Sockets Layer Protocol (SSL) for securing online communication, as well as JavaScript, the most widely used language for client-side scripting of web pages. 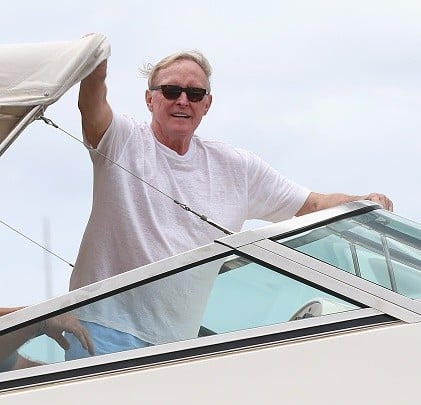 However, Clark would move on once again, this time with the sale of the company to America Online in 1999 and the start of another venture called Healtheon, which today operates under the name WebMD. In 2017 WebMD was acquired by Internet Brands for $2.8 billion.

All in all, Jim Clark became billionaire thanks to his timely investment strategy that favors a big stake in Apple as well as early bets on leading social media companies like Facebook and Twitter.

Jim Clark is mostly retired today. He lives with his fourth wife Kristy Hinze, an Australian model. He is 36 years her senior. They married in 2009 and today have two daughters. He has two children from previous marriages. In 2000, his  daughter Kathy married Chad Hurley, the co-founder of YouTube. They divorced in 2014.

In March of 2021, Jim and Kristy paid $94.2 million for a 16-acre estate near Palm Beach, Florida. The estate, which is called "Gemini," features multiple living structures, including a 60,000 square-foot primary mansion. After just 15 months of ownership, in June 2022 Jim and Kristy sold Gemini to an undisclosed buyer for $175 million. That represents and $80 million profit for 460 days of ownership. That works out to $174 in profit for every day of ownership. For that reason, many have called this the "greatest house flip of all time."

Jim and Kristy own a penthouse in Manhattan and a country estate in the upstate NY town of Bedford. 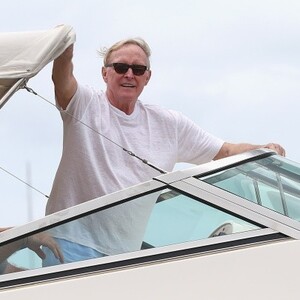