Jim Buckmaster Net Worth: Jim Buckmaster is an American computer programmer who has been the CEO of Craigslist since 2000 and who has a net worth of $40 million dollars. Jim Buckmaster was born August 14, 1962 in Ann Arbor, Michigan. He was an undergraduate at Virginia Tech and studied medicine and classics at the University of Michigan in the 1990s.

In late 1999, after posting his resume on craigslist, he was recruited by Craig Newmark, the founder of the website. As lead programmer, he contributed the site's multi-city architecture, search engine, discussion forums, flagging system, self-posting process, homepage design, personals categories, and best-of-craigslist. In November 2000, he was promoted to the post of CEO. Buckmaster has led craigslist to be the most used classifieds in any medium, and one of world's most popular websites, while maintaining its public service mission, non-corporate vibe, and staff. A fan of Noam Chomsky, Buckmaster has been accused of being "anti-capitalistic". Buckmaster wrote a series of haiku that appear in lieu of error messages on craigslist. Buckmaster also manages the craigslist Charitable Fund and serves as executive producer for craigslist TV. Prior to craigslist, he directed web development for Creditland and Quantum. In 1994-95, he built the terabyte-scale, database-driven web interface at ICPSR through which researchers worldwide access the primary data archive for the social sciences. 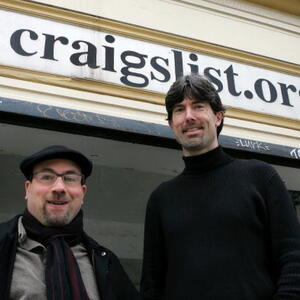