What is Jerry Moss's Net Worth?

Jerry Moss is an American recording executive and musician who has a net worth of $700 million. Jerry Moss is best known as the co-founder of A&M Records, which he established with musician Herb Alpert. The name is a play on the first letters of their respective last names. A&M was launched in 1962 with a handshake and $200 invested from both men. Over the next 25 years, A&M would eventually grow into the largest independent record label in the world. A&M is famous for having signed many of the most successful artists of the last several decades including The Police, Cat Stevens, The Carpenters, Janet Jackson and Sheryl Crow.

Along with his wife Ann, Jerry are very passionate and successful horse breeders. Their horses have competed very well in many prominent races around the world. One of their horses won the largest ever first place purse at the 2005 Kentucky Derby. Jerry and Ann frequently name their horses after artists or songs from A&M records.

Jerry Moss was born on May 8, 1935 in New York City, New York. As a young adult, he went to Brooklyn College, from which he earned his bachelor of arts degree in English.

After serving in the United States Army, Moss launched his music career as a promoter of records. The first track he promoted was "16 Candles" by the Crests, which became a hit in 1958 when it peaked at number two on the Billboard Hot 100. A couple years later, Moss relocated to California, and partnered with trumpeter and bandleader Herb Alpert to form Carnival Records. The pair originally ran the company from an office in Alpert's garage.

Finding out that the name Carnival Records had already been claimed, Moss and Alpert renamed their company A&M Records, after both of their first initials. From 1966 to 1969, the company had its headquarters on the grounds of Charlie Chaplin Studios near Sunset Boulevard in Los Angeles. Over the course of the 60s and 70s, A&M housed a plethora of major artists, including Burt Bacharach; the Carpenters; Lee Michaels; Quincy Jones; Perry Botkin; Liza Minnelli; Gino Vannelli; Bobby Tench; Toni Basil; Paul Williams; Joan Baez; Billy Preston; and Phil Ochs. Via licensing and signing agreements, the company also signed multiple popular British artists, such as Joe Cocker, Free, Procol Harum, and Cat Stevens.

In the 70s, A&M agreed to a manufacturing and distribution deal with Ode Records, and subsequently released albums by Carole King, Styx, Supertramp, and the comedy duo Cheech & Chong. The company continued to work with various renowned acts throughout the 80s, including Janet Jackson; Falco; Bryan Adams; Suzanne Vega; Orchestral Manoeuvres in the Dark; Oingo Boingo; the Police; Charlie Peacock; Henry Badowski; and Joe Jackson. For a while the largest independent record company in the world, A&M gradually added speciality imprints such as Almo International, Horizon Records, and Vendetta Records. 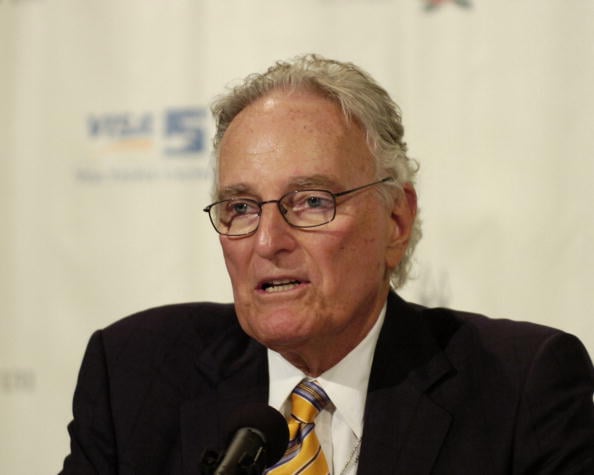 PolyGram Records and Fate of A&M

In 1989, Moss and Alpert sold A&M Records to PolyGram Records; the deal was estimated to be valued at around $500 million. The pair continued to manage the label until 1993, at which point they left due to the company's insistence that they make the label conform to corporate expectations. In 1998, Moss and Alpert sued PolyGram for violating the integrity clause of their contract, and eventually settled for a $200 million payment.

Following their departure from PolyGram, Moss and Alpert founded the record label Almo Sounds in 1994. With the new label, their intention was to reproduce the original concept and company culture of A&M. Almo Sounds signed such artists as Imogen Heap, Garbage, and Gillian Welch during the 90s. Additionally, Alpert released some of his own albums on the label. Almo ceased releasing new media in 1999.

Outside of the world of music, Moss is known for his involvement with horse breeding and horse racing. In 2004, he joined the California Horse Racing Board. The following year, Moss entered his horse Giacomo, a gray stallion, in the Kentucky Derby. Giacomo had odds of 50-1 going into the race, and ended up winning as the third-biggest long-shot victor in Derby history. For the victory, Moss won the first-place purse of $1.6 million, which set another record as the largest check in Kentucky Derby history.

In 2016, Moss began a relationship with Tina Morse, whom he later married. The couple resides in the Bel Air neighborhood of Los Angeles, California, and also maintains a residence on Maui in Hawaii.

On the philanthropic side of things, Moss and his wife donated $25 million to the Music Center in Downtown Los Angeles, marking the single largest contribution ever made to that institution.