How much is Jerome Fisher Worth?

Jerome Fisher Net Worth: Jerome Fisher is an American entrepreneur who has a net worth of $300 million. Jerome Fisher is best known as the co-founder of the brand Nine West, a fashion wholesale and retail company that specializes in a quick translation of runway trends into styles attainable by mass consumers. The son of an auspicious shoe maker, Fisher was involved in the production process of his father's business as a teen and he then sold shoes while at Wharton. As he puts it, he got "cloned into the business." It was in the mid-1970s that he came up with the idea of making available luxurious shoes worn by models to ordinary women. Fisher realized that he could slightly modify the designs and manufacture them quickly in Brazil. Thus, he opened a store in Manhattan, 9 West 57th Street, and named the new brand Nine West. Ever since the brand's formation, the Nine West team paid attention to opening concept shops to present the full brand vision — up-to-date styles and good quality at moderate prices. In no time, the company boomed. By 1999, when Fisher merged the company with Jones Apparel, Nine West was estimated at over $1 billion. In the meantime, Fisher was the one to hold tight control of the company's business dealings, even after he took Nine West public in 1993. In addition, Fisher has served as a Penn Trustee and a Wharton Overseer. In 1995, he endowed the Jerome Fisher Program in Management & Technology, a joint-degree program between Wharton and Penn Engineering offered at the University of Pennsylvania for undergraduates. 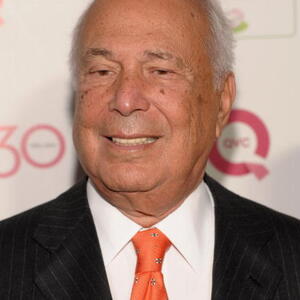