Jenny Craig Net Worth: Jenny Craig is an American businesswoman and entrepreneur who has a net worth of $300 million. Jenny Craig was born Genevieve Guidroz in Berwick, Louisiana in August 1932. She is a weight loss guru who co-founded the company Jenny Craig, Inc with her husband Sidney. Jenny was raised in New Orleans. She married Sidney Harvey Craig in 1979. The couple originally created their fitness, nutrition, and weight loss program in Australia, eventually expanding to the United States in 1985. The company went public in 1991, raising approximately $74 million. In the mid 1990s the company was generating $350-400 million in revenue per year.

In 2002 the company was acquired by a private equity firm. In 2006 the company was sold to Nestle for $600 million. Today the company operates over 700 weight loss centers around the world and has more than 3,000 employees. The system has been endorsed by Monica Lewinsky, Kirstie Alley, Valerie Bertinelli, Queen Latifah, Jason Alexander, and Mariah Carey.

Jenny is a philanthropist who has donated $10 million to Fresno State University and the University of San Diego. Jenny's husband Sidney passed away in 2008.

Real Estate: Jenny and Sidney bought a beachfront mansion in Del Mar, California for $3.25 million in 1986. That's the same as around $8 million today. Jenny sold the home in August 2019 for $22 million.

In 1995 Jenny and Sidney bought a 228-acre thoroughbred horse ranch in Rancho Santa Fe, California, roughly 15 minutes away from their Del Mar home. Over the years they had horses race in the Kentucky Derby and the Breeders' Cup. In 2018 Jenny sold the ranch to Bill Gates, whose daughter Jennifer is an avid equestrian. 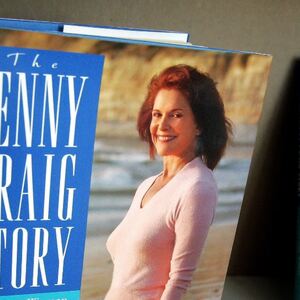