What is Jeff Skilling's Net Worth and Salary?

Jeff Skilling is an American convicted criminal who is best-known for being the former CEO of the Enron Corporation. As of this writing, Jeff Skilling has a net worth of $500 thousand. Jeff joined Enron in 1990 and served as CEO from February 12, 2001 to August 14, 2001. Enron filed for bankruptcy in December 2001. At the time it was the biggest corporate bankruptcy in US history.

In 2006 Skilling was convicted of multiple federal felony charges related to Enron's financial collapse. He was indicted on 35 counts of fraud, insider trading and other crimes relating to the Enron scandal and surrendered to the FBI on February 19, 2004. He received a 24-year, four-month prison sentence. He was moved to a halfway house in August 2018 and released from custody in February 2019, after serving 12 years. The trial began on January 30, 2006 and Skilling proceeded to be known for his harsh attitude and arrogance, even losing his temper on the witness stand at the trial. In addition to the prison sentence, Skilling was fined $45 million. A mere drop in the bucket compared to the billions lost by thousands of Enron investors.

Born November 25, 1953 in Pittsburgh, Pennsylvania, Jeffrey Keith Skilling is the second of four children to Betty and Thomas Skilling, Jr. Skilling grew up between New Jersey and Aurora, Illinois. When he was 16, he got a job working at WLXT TV in Aurora. He graduated from West Aurora High School and received a full scholarship to Southern Methodist University in Dallas, Texas where he initially studied engineering before changing his studies to business.

After graduating in 1975, he worked for a Houston Bank which sent him to Harvard Business School, where he earned his MBA, graduating in the top 5% of his class as a Baker Scholar. He became a consultant for McKinsey & Company and became one of their youngest partners. In this role, Skilling worked with Enron in 1987 and helped the company create a forward market in natural gas. Skilling impressed Kenneth Lay in his capacity as a consultant and was hired by Lay in 1990 as chairman and chief executive officer of Enron Finance Corp.

In 1991, Skilling became the chairman of Enron Gas Services Co., a result of the merger of Enron Gas Marketing and Enron Finance Corp. Skilling was named CEO and managing director of Enron Capital and Trade Resources and was promoted to president and chief operating officer of Enron in 1997. Under Skilling's management, Enron adopted "market to market" accounting, which anticipated future profits from any deal by estimating their present value rather than their historical cost. The plan helped make Enron the largest wholesaler of gas and electricity, with $27 billion traded in a quarter.  On February 12, 2001, Skilling was named CEO of Enron, replacing Lay. Skilling unexpectedly resigned on August 14th of the same year citing personal reasons, and he quickly sold large amounts of his shares in the corporation.

At the peak of his career, Skilling was one of the highest-paid CEOs in the world. Between February 2000 and February 2001, Skilling earned over $130 million in salary and bonuses. One month after quitting Enron, Skilling sold $60 million worth of Enron stock. Enron went bankrupt shortly after, resulting in the prosecutors' allegation that he sold those shares with inside information of Enron's impending bankruptcy.  Skilling was indicted soon after on 35 counts of fraud, insider trading, and other crimes related to Enron's financial collapse and bankruptcy. He surrendered to the FBI on February 19, 2004, and pleaded not guilty to all charges. The indictments emphasized his probable knowledge of, and likely direct involvement with, the fraudulent transactions within Enron. Skilling's main attorney was civil litigator Daniel Petrocelli, who represented Ron Goldman's father in his successful civil lawsuit against O.J. Simpson for his son's death. 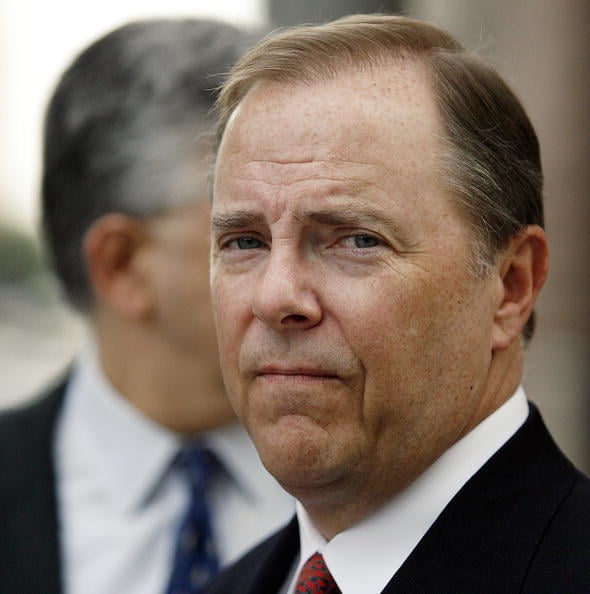 The trial began in January 2006 in Houston. The bankruptcy of Enron was the largest in U.S. history when it was filed in December 2001, and it cost 20,000 employees their jobs. Subsequently, many of them also lost their life savings. Investors also lost billions. Skilling and many of the company's executives had sold huge portions of their own Enron stock before the bankruptcy filing, making a substantial profit. On May 26, 2006, the jury found Skilling: guilty on one count of conspiracy, guilty on one count of insider trading, guilty on five counts of making false statements to auditors, guilty on twelve counts of securities fraud, not guilty on nine counts of insider trading. He was sentenced to 24 years and four months in prison.

Skilling began his sentence on December 13, 2006, at the Montgomery Federal Prison Camp, Maxwell Air Force Base, Montgomery, Alabama. He was there until 2018, when he was released early and moved to a halfway house in Texas to serve out the rest of his sentence. Skilling was released from federal custody on February 21, 2019. It was reported by Reuters in June 2020 that Skilling was fundraising for a launch of an online oil and gas trading platform named Vend LLC.

Skilling reportedly spent $70 million defending himself in dozens of costly lawsuits and appeals. A large portion of that money, nearly $23 million, was simply used as a retainer for his team of defense lawyers. In May 2013, Skilling agreed to finally pay the $45 million in restitution he owed to victims.

He had a daughter and two sons (ages 22, 20 and 16 at the time of his conviction) during his first marriage to Susan Long, which ended in 1997. His youngest son, John Taylor (JT) was found dead in his Santa Ana, California apartment on February 3, 2011 in what police called the result of a drug overdose. In March 2002, Skilling married Rebecca Carter, a former vice president for board communications and board secretary at Enron. 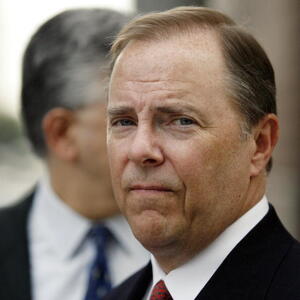