Jed York Net Worth and Salary: Jed York is an American business executive who has a net worth of $200 million. Best known as the CEO of the San Francisco 49ers. Jed's uncle Edward J. DeBartolo Jr. is the former owner of the 49ers. Eddie purchased the NFL team in 1977 for $17 million. Today the team is worth around $4 billion. Eddie owned the team for 23 years until ceding control to his sister Denise (Jed's mother), amid various legal troubles. Eddie and Denise's father, Edward Sr., earned a fortune in real estate – primarily shopping malls.

Jed has been credited with helping transform the 49ers. When he took his place as CEO, the team was in pretty dire straits. Fueds between the coach and the GM were incredibly detrimental, and observers generally agree that they had one of the worst-constructed rosters in the league at this point.

Early Life: John Edward "Jed" York was born on March 9th of 1980 in Youngstown, Ohio. During his high school years, Jed fell in love with baseball and became the captain of his school's team. He was also the senior class president. After graduating from high school, he attended the University of Notre Dame and earned a bachelor's degree in Finance and History. John Edward comes with a family that has close ties to the 49ers franchise. His uncle was the former owner of the team, and his mother, Denise DeBartolo York is the current owner and co-chair of the 49ers.

Career: Jed York began his career as a financial analyst, and worked for Guggenheim Partners in New York. He soon quit this job and joined the 49ers franchise as the director of strategic planning. Soon enough, his family members had promoted him to the role of vice president of strategic planning.

By 2008, Jed had become the president of the 49ers as both of his parents became co-chairmen. While Jed is the main leadership figure behind the franchise, his parents provide the monetary resources for the team and represent the 49ers at league meetings. Despite facing ridicule from many sports columnists, York claimed that his team would win their division. They almost managed to do it, but failed one game short of their goal.

In 2012, Jed York was replaced by Gideon Yu as president, although he remained the CEO of the 49ers franchise. One of the most notable moments in York's career came when he fired head coach Harbaugh, who was increasingly hostile to GM Trent Baalke. Taking the side of the GM, York rebuilt the team and promoted defensive line coach Jim Tomsula to head coach. After a number of attempts to hire better staff, he decided to completely overhaul the team and fire Baalke as well. Finally, Jed hired Kyle Shanahan as the new coach and John Lynch as the new GM, and things improved.

Controversy: In 2020, Jed York faced controversy after Santa Clara Mayor Lisa Gillmor accused him of trying to buy the city council election. Four seats on the council were up for grabs, and York apparently spent over $3 million in donations to a Super PAC called Citizens for Efficient Government and Full Voting Rights. He supported the campaigns of four Santa Clara candidates, leading many critics to claim that Jed was trying to "buy the city."

York's donations of $3 million equals out to about $100 per registered voter in the city council districts that he was targeting. A senior scholar at the Markkula Center for Applied Ethics claimed that Jed's goal of grabbing these four city council seats was simply an attempt to help him make more money through the 49ers with reliable influence within the government. 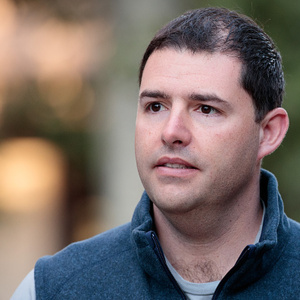