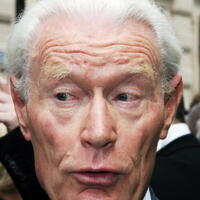 Jean-Claude Decaux net worth: Jean-Claude Decaux is a French entrepreneur who has a net worth of $6.9 billion. Jean-Claude Decaux made his fortune in advertising, having founded the outdoor advertising company JCDecaux in 1964. The first arrangement of the company was to set up ads on bus shelters and public toilets in Lyon. Ever since it has expanded its operation to airports, malls, subways and billboards throughout Asia Pacific and Europe. It was in 2010, when JCDecaux became the world's largest outdoor advertising company with more than 10,300 employees worldwide in more than 55 countries. Two years later, Decaux made a deal with the city of Sao Paulo, granting his company a 25-year contract to design, manufacture, install and maintain the advertising faces on 1,000 digital clocks. Currently, Decaux serves as a chairman of the company's supervisory board, because in 2000, he handed over his CEO role to his two sons Jean-Francois and Jean-Charles.